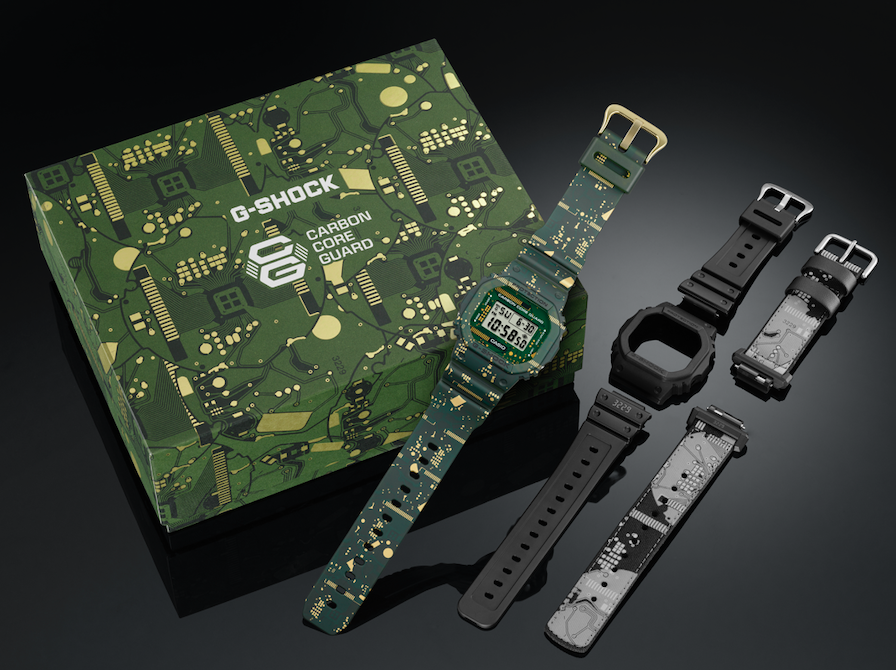 Casio Malaysia has released the first ever G-SHOCK shock-resistance watch with interchangeable bands and bezels, the DWE-5600CC.

The DWE-5600CC is the latest model of 5600 series, inheriting the epic square shape of the first G-SHOCK and including three types of replaceable bands and two bezels to elevate the user experience of the G-SHOCK watches. As with previous 5600 series models, the band is shaped to reduce shock to the case if the watch is fall to an earth surface, while incorporating a newly- developed slide lever for ease of detachment. The bezel, which is ordinarily fixed to the case with screws, employs a new design secured by using four small hooks made from carbon fiber. The watch is the first 5600 series model to incorporate the Carbon Core Guard structure with a carbon fiber-reinforced case for shock resistance. 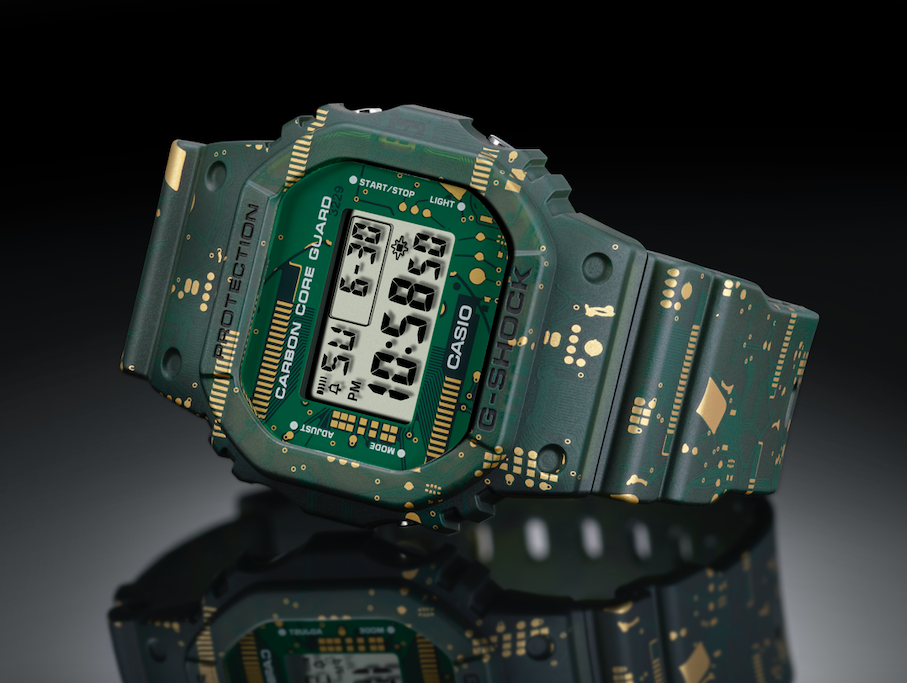 The DWE-5600CC is fitted with a green resin bezel and band imprinted with the circuit board design used in the base model of 5600 series watches, which gives the watch a camouflage look. Accessories included are a matte black resin bezel and a band imprinted with the numerals “3229” representing the module designation for the 5600 series. It also included fabric band with a luminescent and reflective finish, which is imprinted with a circuit board design in black and white. Users will be delighted when they lift off the bezel to reveal the “SHOCK RESIST” logo visible from the side of the case. 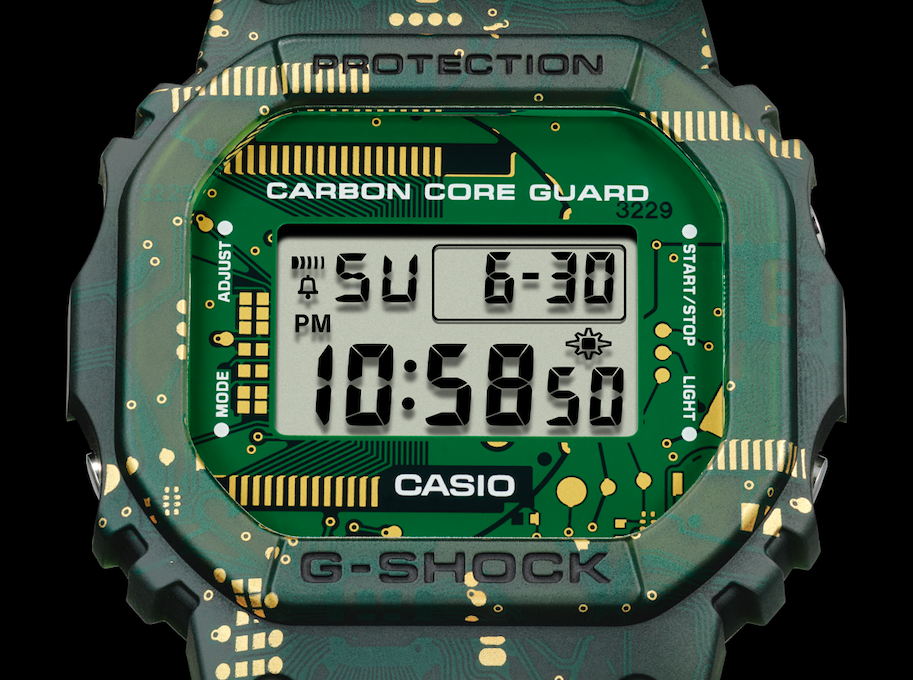 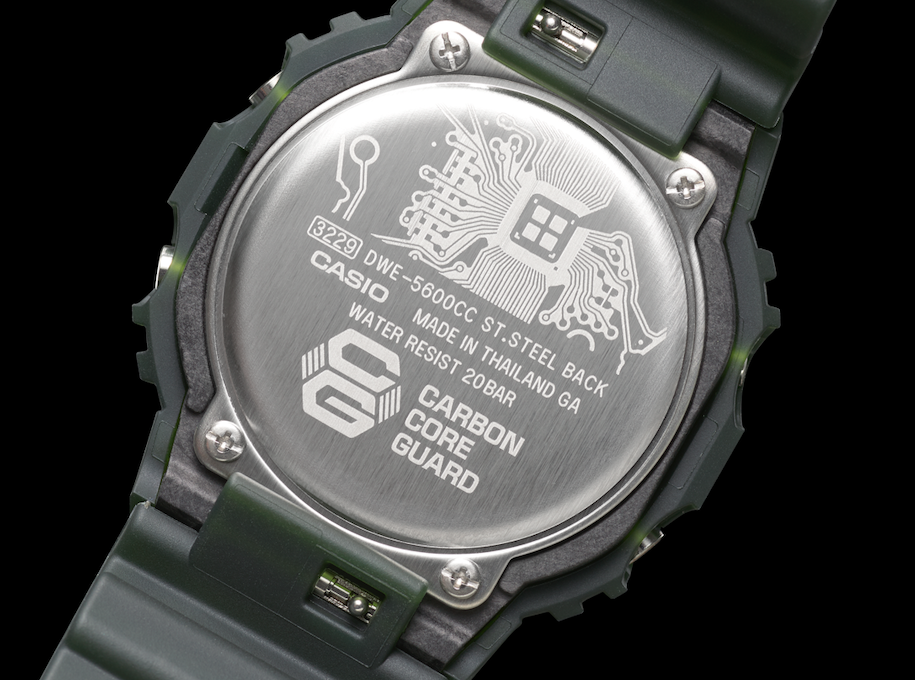 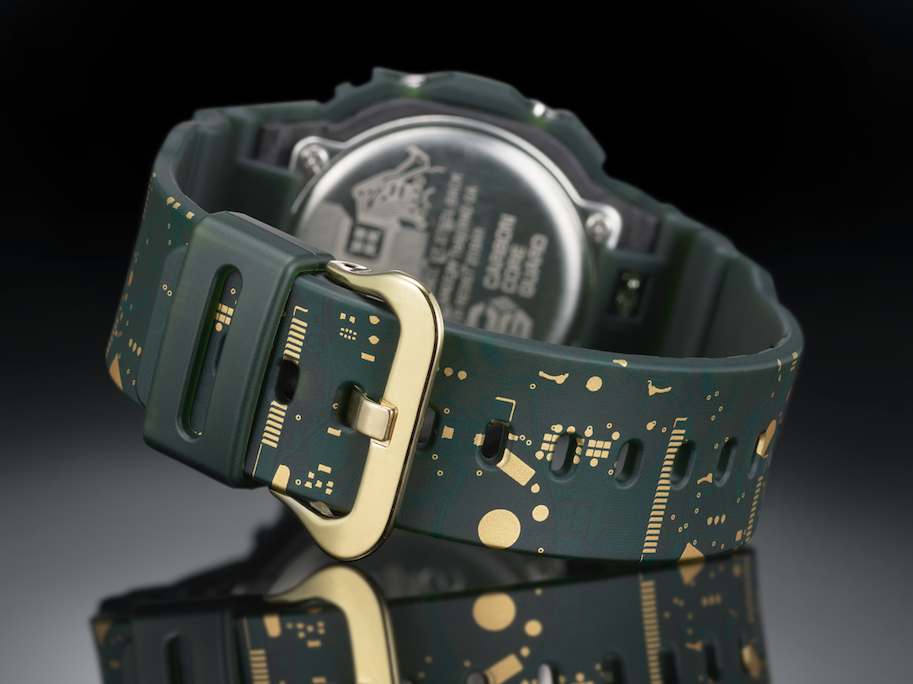 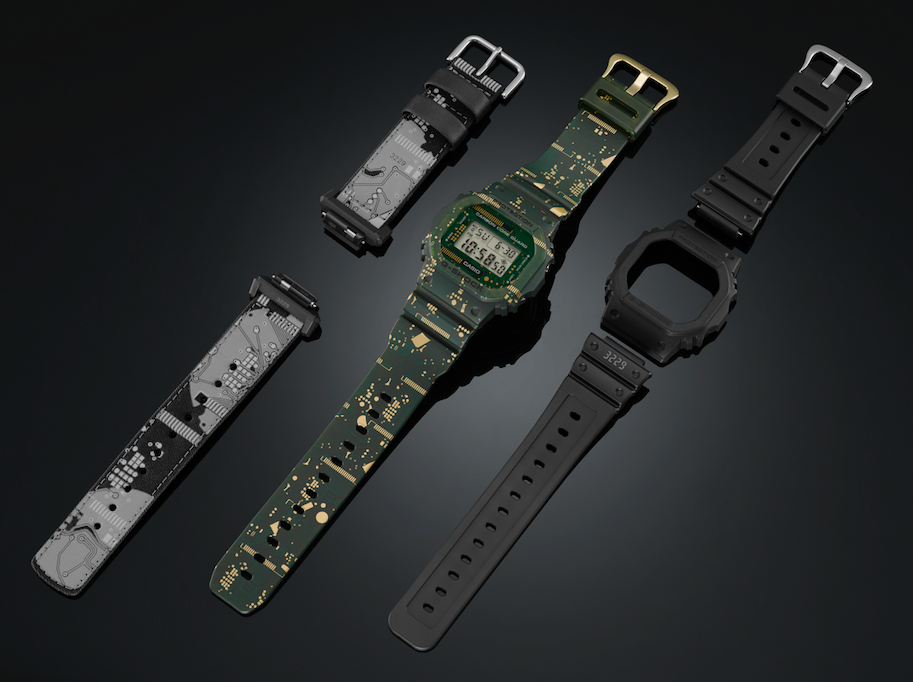 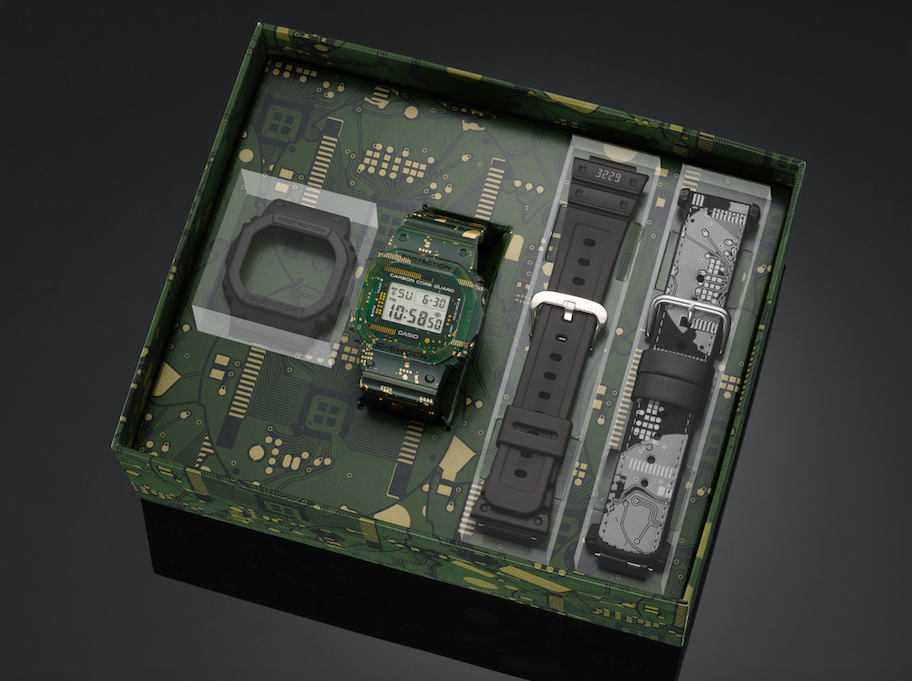 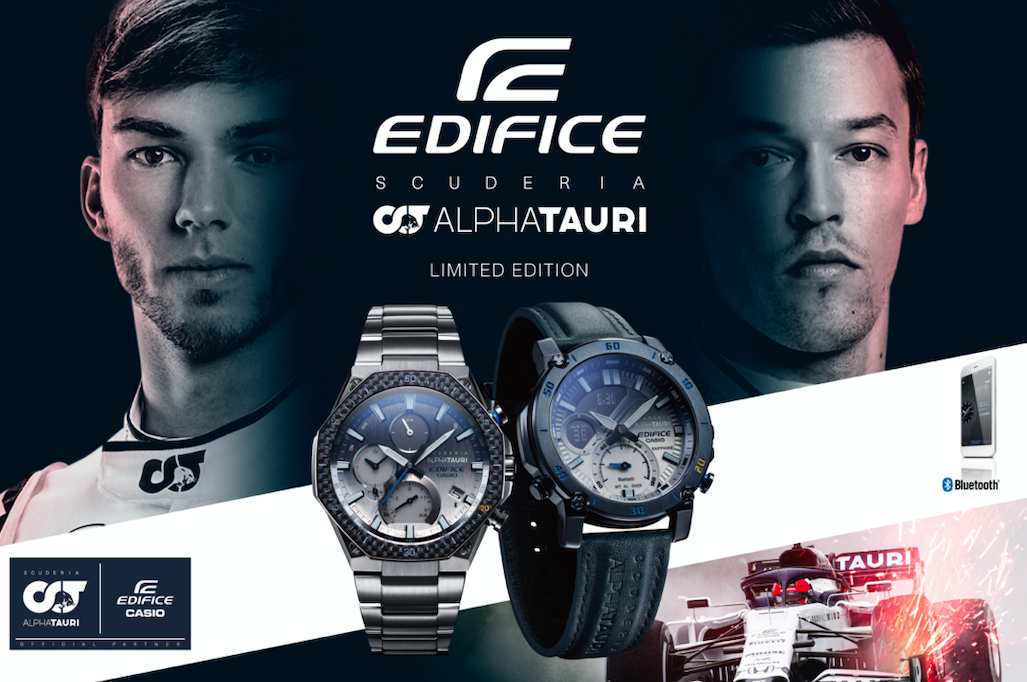 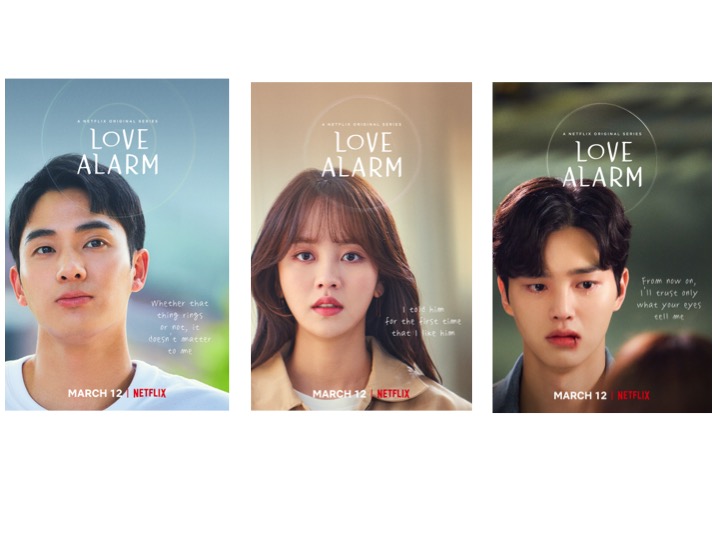 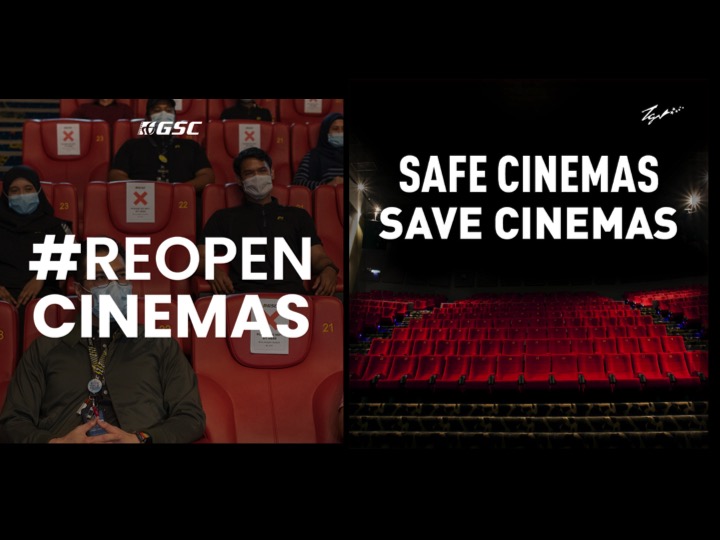 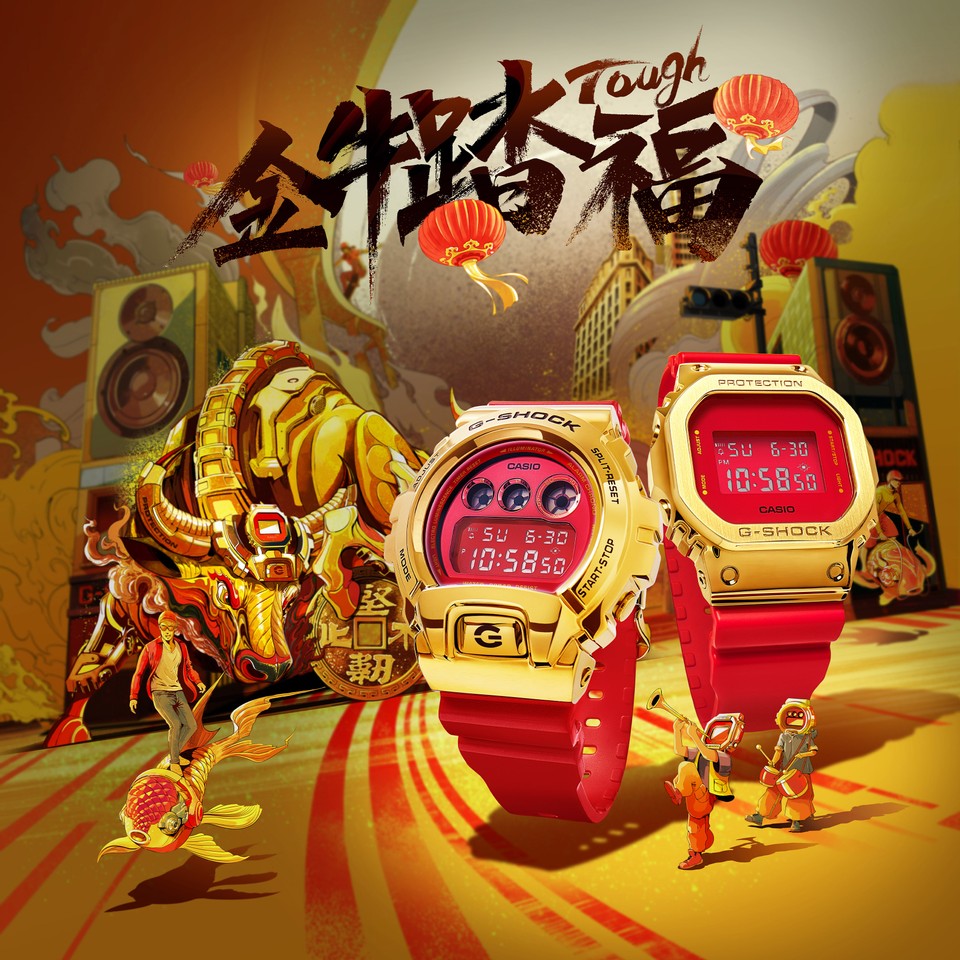 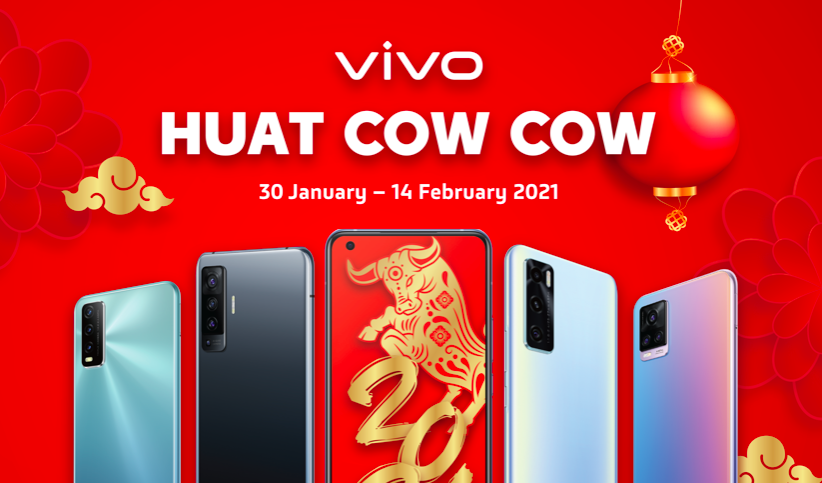