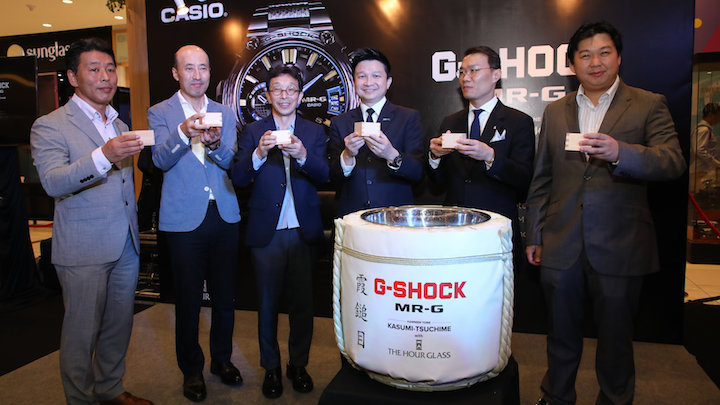 KUALA LUMPUR, To unveil the latest special edition timepiece from Casio’s G-SHOCK line, Casio Malaysia and The Hour Glass co-hosted an event at the Lot 10mall concourse to launch the MRG-G2000HT, a limited edition model of its flagship MR-G series in Malaysia. 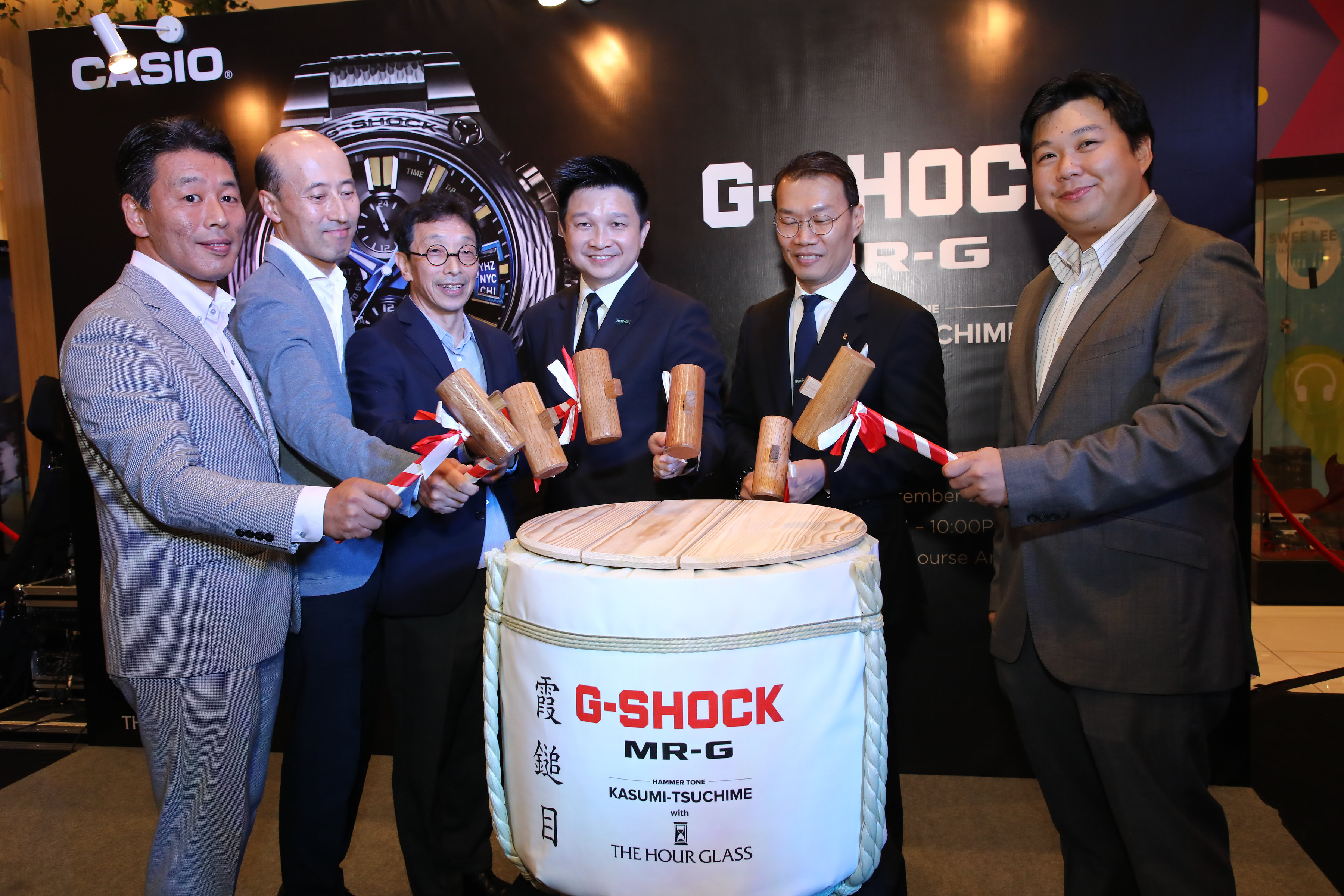 With a limited run of 500 watches worldwide, the MRG-G2000HT was unveiled for the first time ever in Malaysia and features a metal plate at the 10 o’clock position embossed with“2017 LIMITED” and a unique serial number engraved on the back case, further denoting its limited edition status. 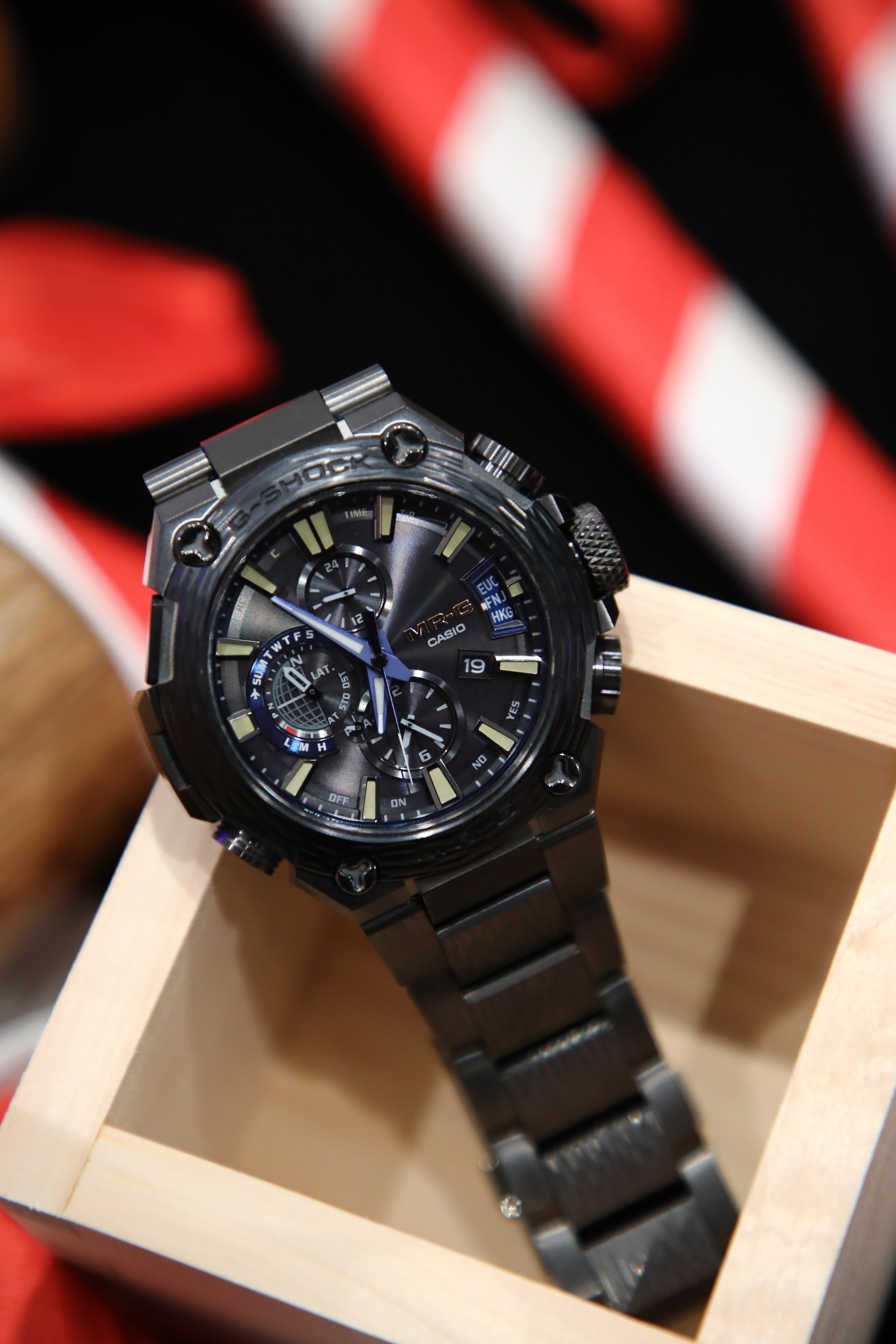 Casio’s cutting edge MR-G series is G-SHOCK’s premium collection which boasts intricate Japanese craftsmanship reflected on the timepiece through its collaboration with Bihou Asano, a third-generation master artisan in the field.

The unique handmade patterns can be seen on the bezel and centre row of the band through the use ofthe Japanese Tsu-i-ki technique; a traditional craft method that creates a patterned finish of overlapping hammered lines through hammering.

Historically, the Tsu-i-ki method has been used to make copper ware as well as armour and helmets. Presently the method is applied to produce components for the Japanese Railway, bullet trains and aircrafts. To lend a sense of refined elegance to this special edition, the bezel and back case are finished in a deep indigo“Japan blue”, a colour that is inspired from the colours of deep waters.

The new MRG-G2000HT features a Connected Engine 3-Way system that always keepsaccurate time anywhere in the world. The three-way sync system, receives both radio waveand GPS satellite time calibration signals while also connecting to the internet time servers bypairing with a smartphone via Bluetooth connectivity. It automatically updates the watch’sinternal data on time zones and daylight savings time (DST) from a smartphone, keeping itupdated at all times.

Guests who attended the launch event were customers loyal to the brand, watch enthusiastsand brand partners who apart from previewing the MRG-G2000HT, were also excited to meetwith Mr Kikuo Ibe who made a special appearance. 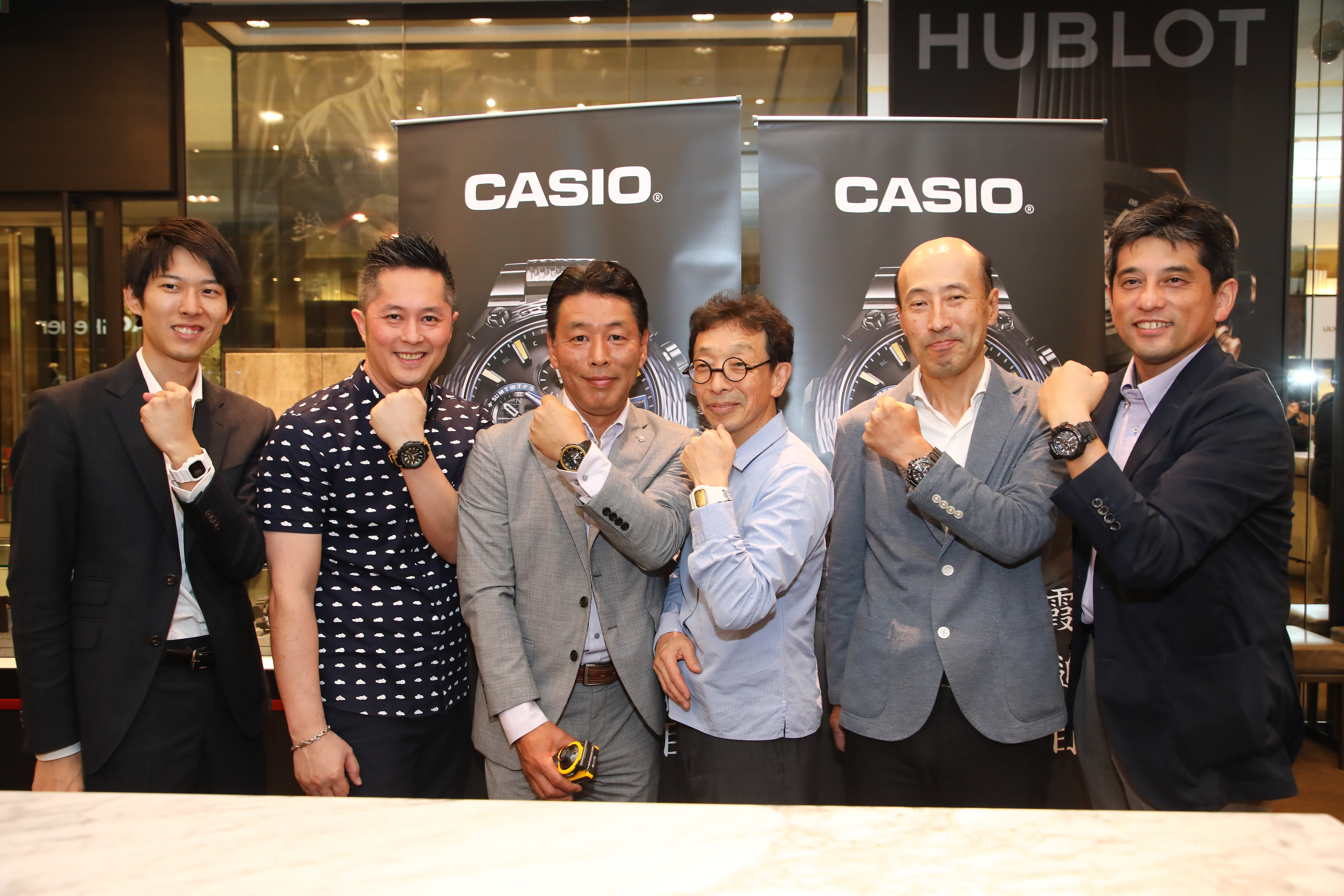 The event kick-started with an opening speech by Mr SK Teh, General Manager of The HourGlass, followed by presentations by Mr Narito Yamamura, Overseas Marketing and SalesManager and Mr Shingo Ishizaka, Casio Chief Engineer, who respectively shared with guestson G-SHOCKS MR-G collection concept, and their plans for G-SHOCKS 35th Anniversary.

Mr Narito Yamamura said, “Recently, G-SHOCK has set another memorable record with over100 million watches shipped worldwide. In view of this, we will be running special campaigns tocommemorate this achievement and together with G-SHOCKS 35th Anniversary next year, ourfans can expect many events and special editions headed this way.

”The last presenter for the evening was none other than the Father of G-SHOCK himself, MrKikuo Ibe who endeared himself to guests during his welcome speech where he welcomedeveryone in Bahasa Malaysia and continued on in Bahasa for the first half of his speech.Through a presentation, he then regaled guests with the history of the G-Shock brand and theexperiences encountered throughout the development of the brand to the success it is today.He said, “The G-SHOCK began as a challenge to absurdity, a challenge to build a watch sotough, it woudn’t break if dropped. Thanks to my life-long held commitment to never give up,the G-SHOCK toughness concept was born.

”The event was officially launched when the top Casio and The Hour Glass representativestogether with Mr. Joseph Yeoh, Vice President, YTL Land & Development Berhad and YTLHotels & Properties Sdn Bhd were invited up to the stage to perform the Kagami Biraki wherethey broke the lid of a large sake barrel with wooden mallets to retrieve the sake inside. Thesake was then served to everyone present. Kagami refers to the lid of the barrel and Birakimeans to open. Because of its round shape the kagami is a symbol of harmony good fortune.

After the Kagami Biraki, guests were then encouraged to freely seek out the Father of G-Shock to obtain his autograph in The Hour Glass boutique and have their photo taken with him. 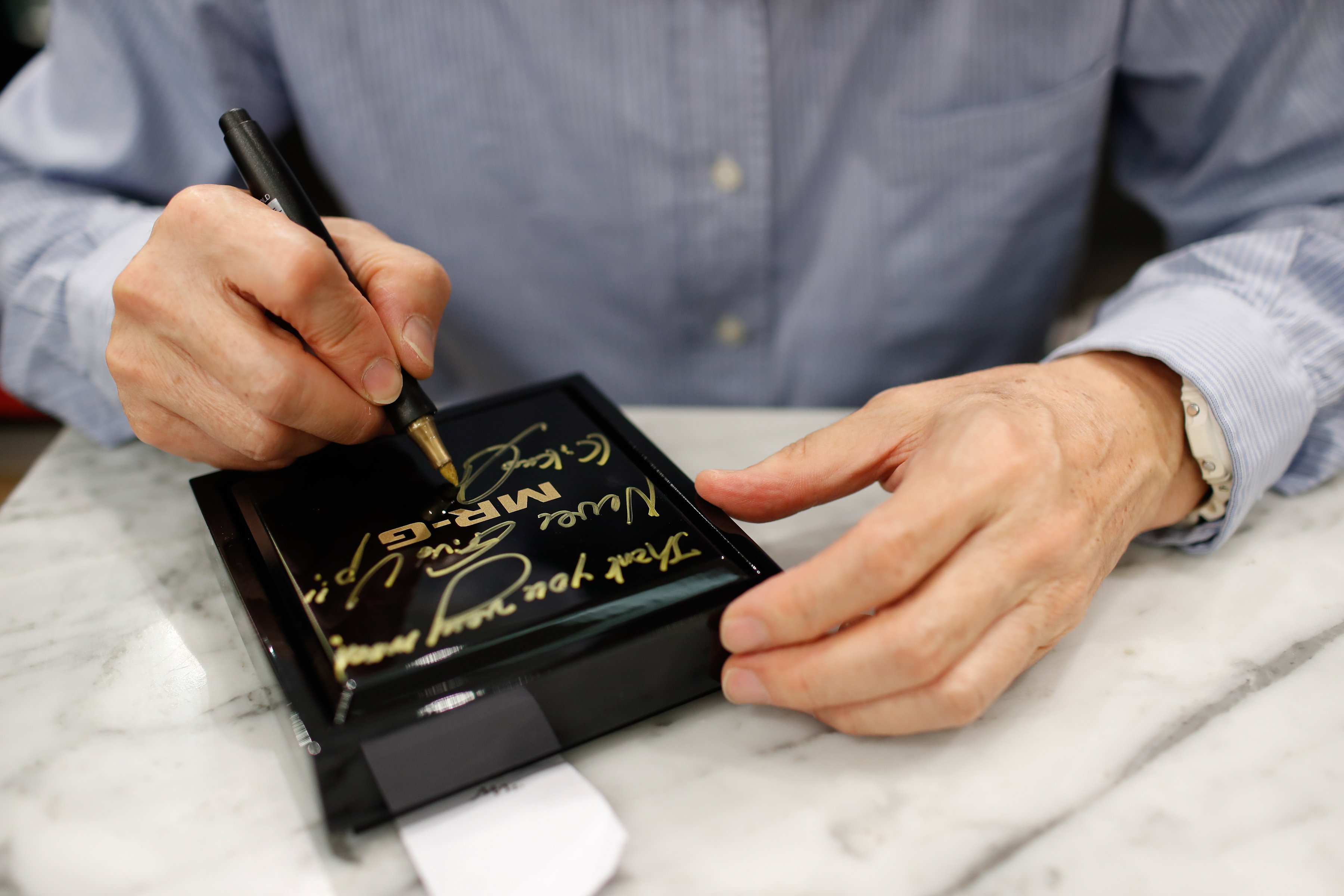 The evening came to an end with a thank you note from Mr SK Teh, The Hour Glass GeneralManager who said, “I am extremely excited to showcase the MR-G as it is the epitome oftimeless fascination which also serves to meet every challenge. With Casio, we can onlyalways expect the strongest and toughest timepiece thus like all of you, I look forward towhat’s next from Casio.”