GOING BACK TO THE ROOTS: CELEBRATING THE JAZZ LEGEND 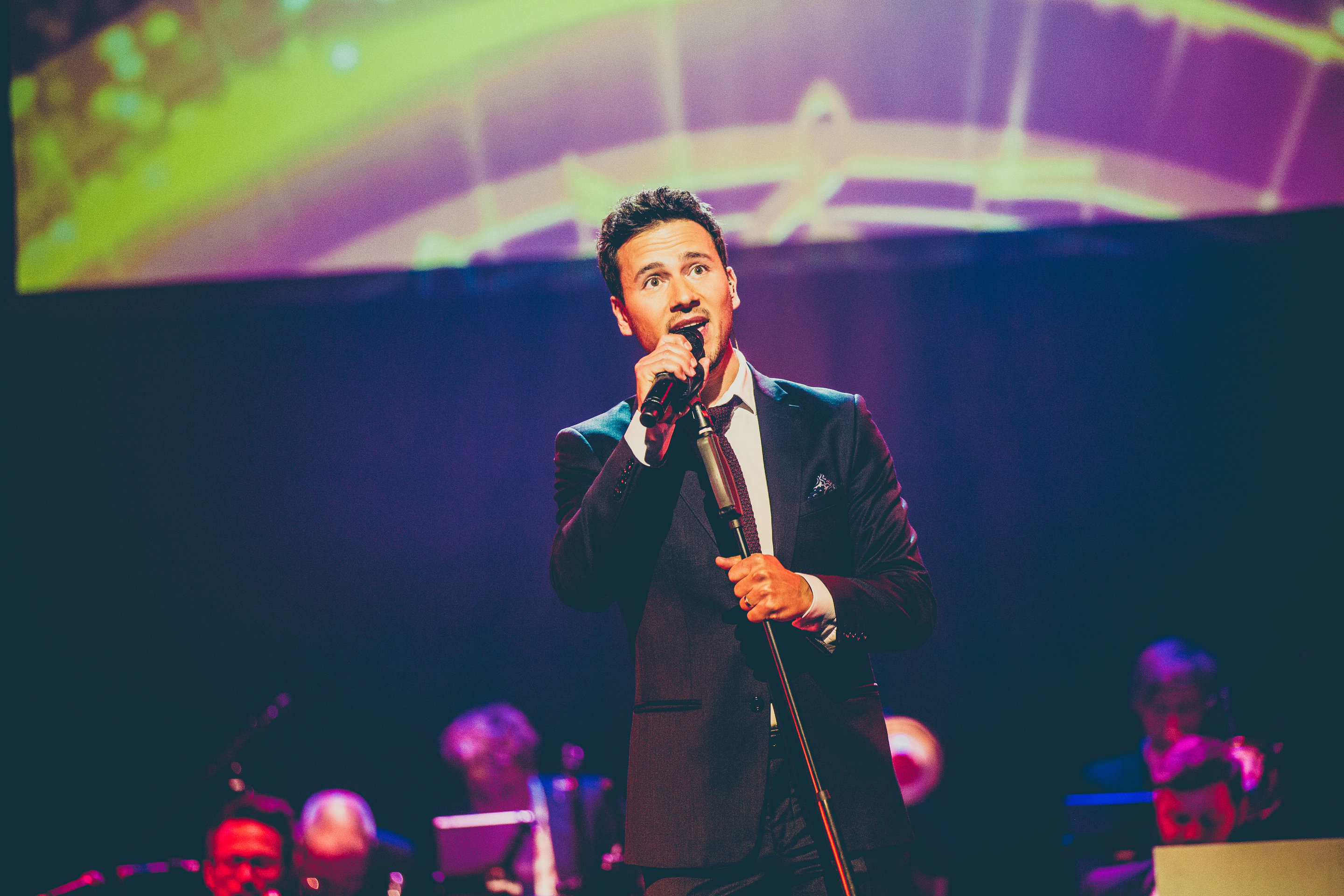 Nat King Cole rose to prominence at an early age, starting out as a jazz pianist. This African-American’s soft baritone voice captured the attention of people around him and eventually emerged as a popular solo performer with hits like “Unforgettable” and “Mona Lisa”.

Despite his untimely demise in the 1960s, Nat King Cole’s music is still favoured by many today. Yannick Bovy, believes that Nat King Cole has paved his way as one of the most influential black artists in American Music History and especially in Jazz music.

When Bovy was first approached to perform in the ‘Nat King Cole 100’ show in December 2018, it was a way to pay tribute to the legendary jazz artist. This year, the Universal Music signed artist put fourteen covers together and released Yannick Bovy Celebrates 100 Years of Nat King Cole and fellow Malaysians will get to join him ; celebrating the life and music of Jazz Legend “Nat King Cole” this 4-5 October at Istana Budaya.

One of the songs, “The Soul Of Nat King Cole” was written by Belgian music legend Will Tura. “ Like me, Will has a passion for jazz and swing music, and we got to know each other a few years ago. He told me: ‘if there is anyone who can sing this song in English with the passion it needs, it’s you” What a great honour it is for me and a pleasure, because “The Soul Of Nat King Cole” is such an amazing song to sing,” adds Bovy.

“His music and lyrics were universal and had beautiful messages of love and life. They are all still very meaningful today. As an artist, Nat King Cole has been a great role model for the swing- jazz artists of today,” shares Bovy. He also believes that as music becomes more global because of our digital world, you’ll start to notice that different music styles influence one another, which makes this a very exciting time for everyone who performs and loves music.

He adds, “Although I’ve known of Nat King Cole’s repertoire since I was a teenager, I discovered ‘The Rules Of The Road’, VRT Big Band suggested to do for the show in 2018. To me, the song had a fantastic arrangement, lyric, and melody, but most importantly, it had a message about life and love, where you live and learn.

Grace Lee, Managing Director of Milestone Production Sdn Bhd shares “There’s no better way to celebrate this legendary jazz artist. Even today, Nat King Cole’s music is still so impactful as it was when it was first released. You would hear his love songs at weddings, jazz music nights and many more. There’s no limit to music as it connects everyone together. I truly believe that Yannick embodies the soul of Nat King Cole and fans can expect to be serenaded with style. You’ll have to be there to experience the whole package!”

Enjoy 20% off tickets when you purchase a group of 4 tickets with your CIMB cards.This promotion is applicable to 4 tickets with same ticket category and same event time only. It’s only valid for Premium, VIP, CAT A and CAT B only.

Payment must be made with CIMB Bank debit, credit or prepaid card issued in Malaysia. 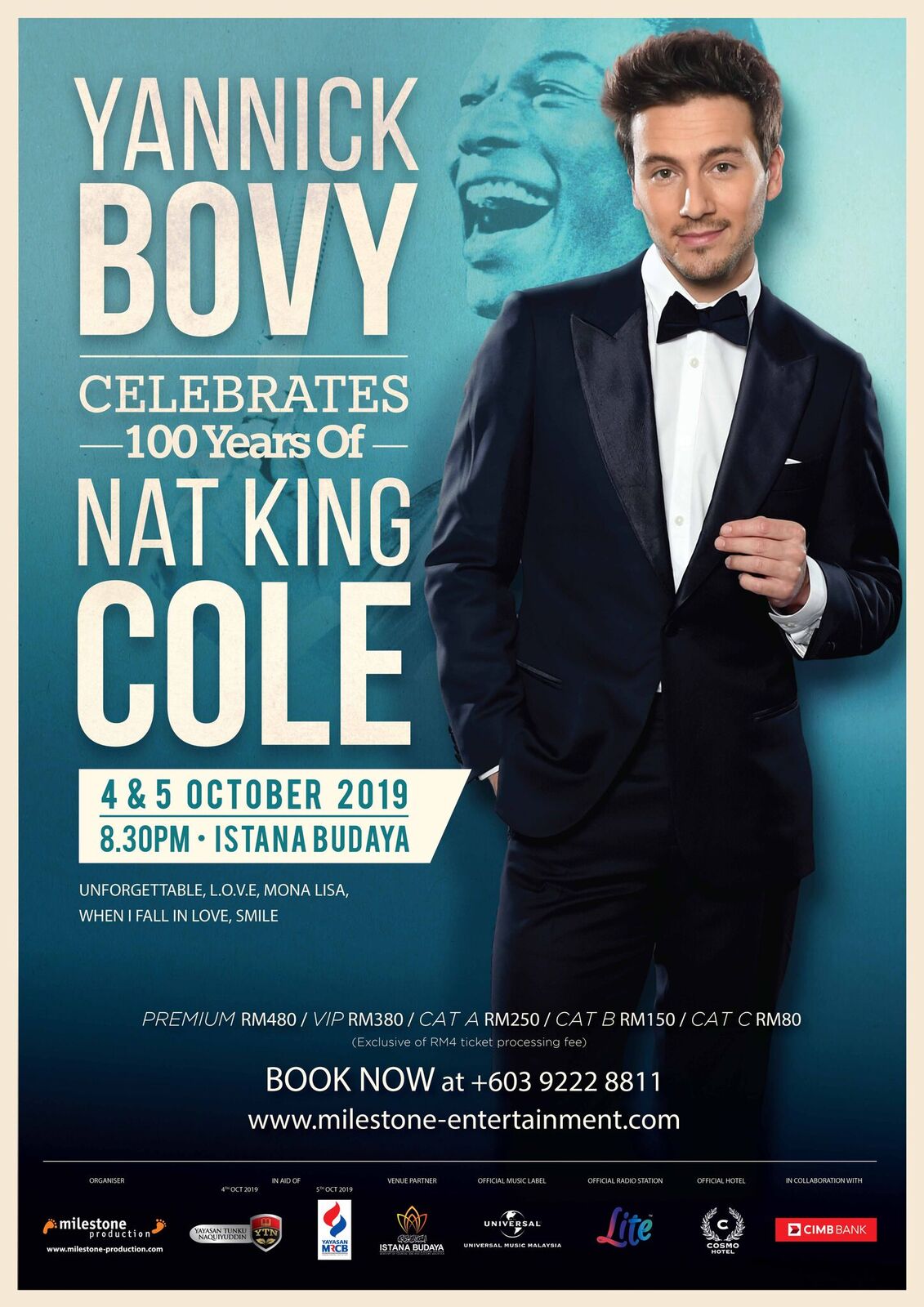 *All ticket price is subject to RM4 ticketing fee

For more information on the show and ticketing details , please visit: