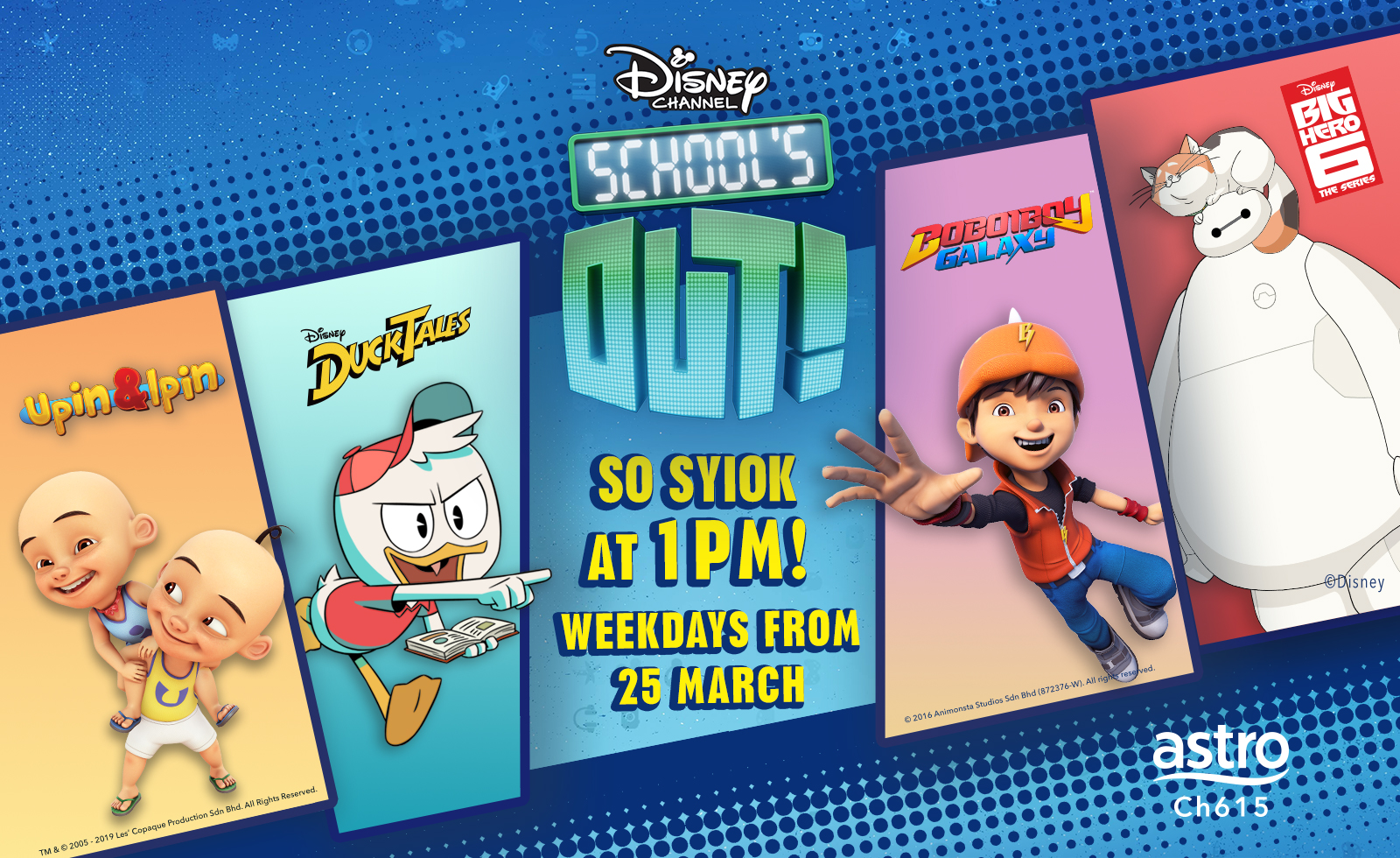 School’s out this March and Disney Channel (Astro Ch 615) is celebrating with an all-new programming block called “School’s Out”. Beginning 25 March, Mondays to Fridays at 1pm, Disney Channel will treat viewers to brand new episodes of Upin & Ipin, BoBoiBoy, Ejen Ali, Disney’s Milo Murphy’s Law, Star vs. the Forces of Evil, Big Hero 6: The Series, DuckTales and more. To celebrate the launch of this campaign, Disney Channel has released a brand new music video now available on YouTube at (https://www.youtube.com/watch?v=p3m1oyJlqNU&feature=youtu.be).

The music video features the hugely popular Club Mickey Mouse Mouseketeers as they sing and dance to the song “Generasiku” which translates to Our Generation. The Mouseketeers also perform the “School’s Out Swag” in their new music video, a simple dance routine that kids in Malaysia will be able to follow and join in by using the hashtags #SchoolsOutSwag and #DisneyChannelMY on social media. Besides enjoying the exciting line-up of shows planned, Disney fans can get into the School’s Out spirit with the “School’s Out Word Up” contest. From 25 to 29 March, viewers can take part in this contest by spotting the number of times a special code word appears on  screen. 50 lucky winners will be selected daily to win awesome “back-to-school” merchandise. Viewers will need to log on to Disney.asia/schoolsout to participate.