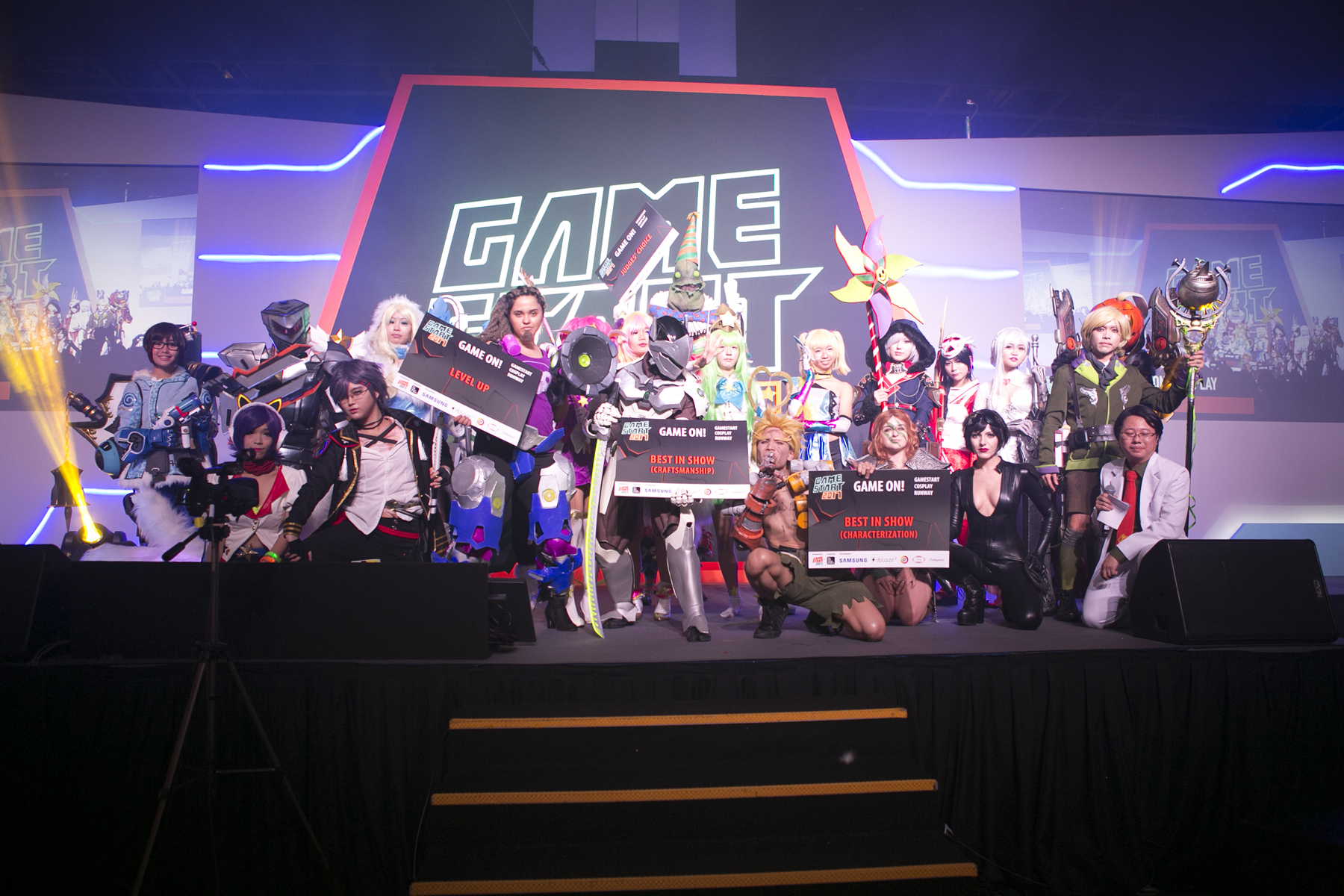 EVENTS | GameStart 2018 Returns for a Weekend of Fun and Gaming Delight in Singapore!

Guest appearance by voice actress Elise Zhang, who is best known as the voice of Mei, a character from one of the world’s most popular games, Overwatch.

New additions to GameStart include the debut of GameStart Masterclasses, where well-known creatives and personalities from the international games industry are invited to run specialised masterclasses. GameStart Workshops, developed in collaboration with No Average Joe, is a series of workshops and talks that focus on a range of general gaming-related topics. GameStart MasterClasses will be held on 10 and 12 October while GameStart Workshops will be held during the convention.

Crowd Favourites to Delight All

In addition to previewing new games, visitors can immerse themselves in the action-packed halls with a slew of game-related returning favourites, including:

●  Board games, old and new, as the GameStart Tabletop returns to bring gamers the discovery of new analog worlds.

●  The 3rd Secretlab Grand Prix will be held for 2 sessions on 13 and 14 October, and the competitor with the fastest timing EACH DAY gets to bring home their own Secretlab Chair!

●  Fantasy-themed Sanctuary - A selection of awesome vendors, with great food and tasty beverages including specially selected craft beers, welcomes all within the convention grounds.

The Founders Base, GameStart’s special indie area, with subsidized booths to individuals, start-ups and small companies that create or work with games.

SEA Major (SEAM) 2018, one of the largest fighting game tournaments in Asia, returns to GameStart 2018 bigger and better! Expect to see high-level tournament action, as top players from around the world convene to fight for over USD 60,000 in prizes! This year is extra special, as SEA Major will play host pitstops for four major events - the Capcom Pro Tour Asia Finals, Tekken World Tour Master event, one of only 7 Dragon Ball FighterZ World Tour SAGA events, and the only ArcRevo World Tour event announced for Southeast Asia.

The inaugural Shadowverse SEAO Contenders Cup, where the top 4 players in the South East Asia Oceania (SEAO) Region fight for the right to represent the region at the Shadowverse World Grand Prix in Japan, for a top prize of USD 1,000,000, will also be held during GameStart 2018.

GameStart Masterclasses on 10 and 12 October. For the first time, two acclaimed international game artists, will be in town to conduct exclusive intensive sessions for budding and professional game artists in Singapore.

The Masterclasses are organized by GameStart Asia and held at *SCAPE, the venue sponsor. Seats are priced at SGD120. Registration will open on the official GameStart site closer to date.

GameStart Workshops, powered by No Average Joe, will be held on 13 and 14 October within the GameStart halls. Sessions range from a hands-on workshop by Retrocade for those who are interested in building their very own mini arcade machine, as well as learning basic game animation.  The full schedule will be available from 24 September onwards when pre-registration opens.

A Weekend of Fun, Games and More

GameStart 2018 will see its most diverse offerings to date, with mobile and PC games having a bigger presence at the convention. Tickets and official merchandise are available for sale at gamestart.asia/ticketing.

“Esports has been garnering huge interest and publicity in recent years. Coupled with the popularity of mobile gaming and as celebrities openly play games such as Fortnite, gaming is now more mainstream than ever. In GameStart, we have seen a gradual shift in the demographics of GameStart attendees - from hardcore gamers when we first started to a wider variety of visitors, from esports fans, competitive gamers, to families with young children. Our content has also evolved to be more inclusive of different interest groups, such as our partnership with Doujin Market and the introduction of our Tabletop area, which was very well received last year, ” said Elicia Lee, Founder of GameStart Asia.