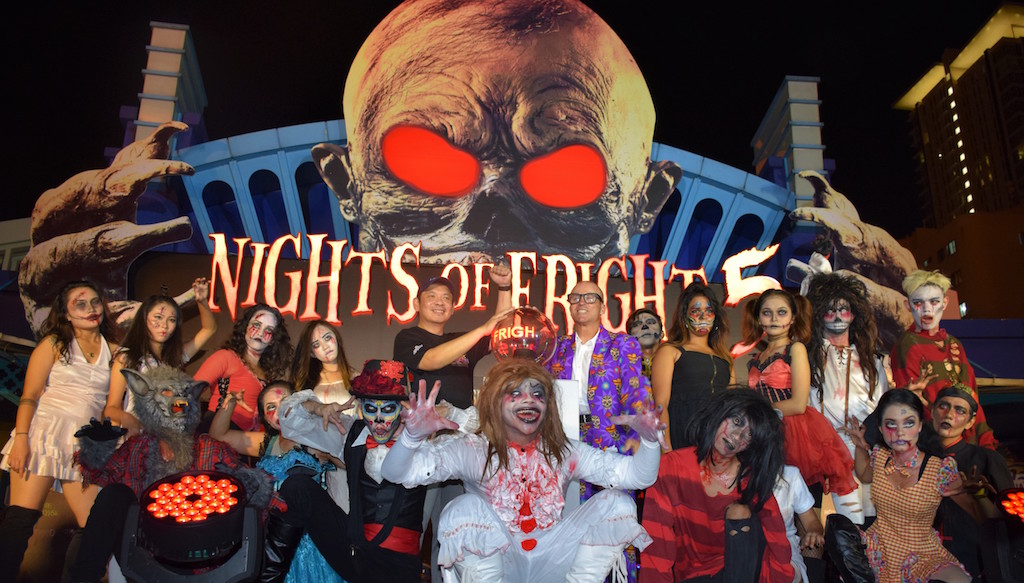 FEAR UNLEASHED IN SUNWAY LAGOON FOR NIGHTS OF FRIGHT 5! : aforadio.com 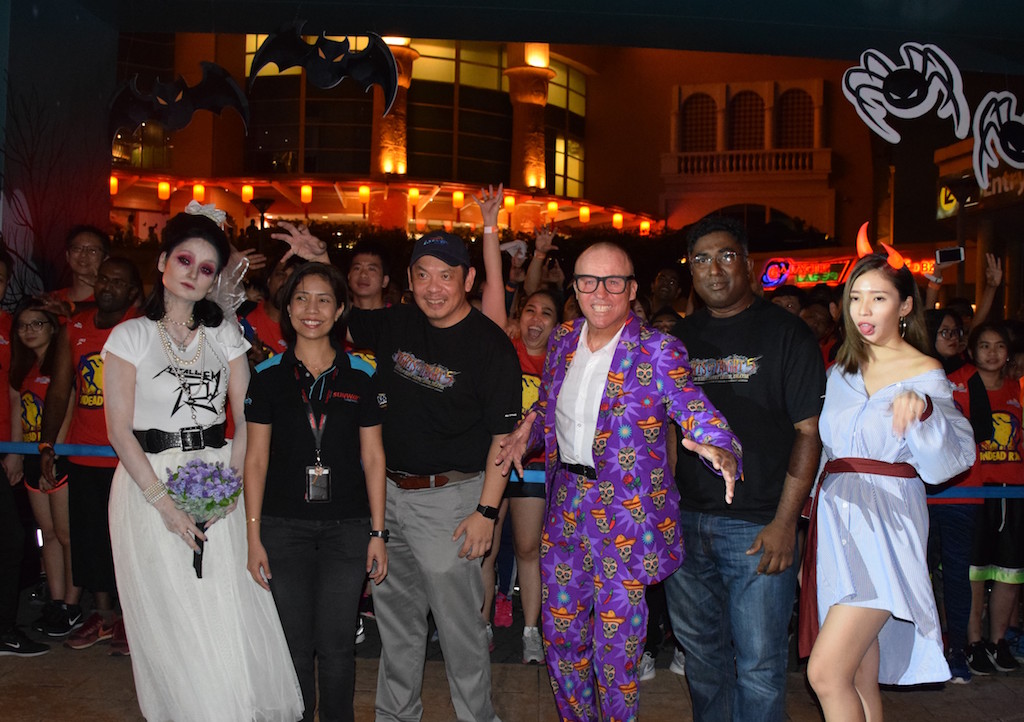 Nights of Fright 5 (NOF 5) hosted by Sunway Lagoon opened its gates of horror with the flag off of its Nights of the Undead Run. More than 1,300 participants ran for their lives to the finishing line by completing obstacles such as Outbreak, Spider Web and Survivor at various stations.

From 7 - 31 October at 7.30pm, Sunway Lagoon will be the gathering hub for ghosts, ghouls, and sinister creatures. It unveils the most outrageous, eerie, hair-raising haunted houses in the nation. 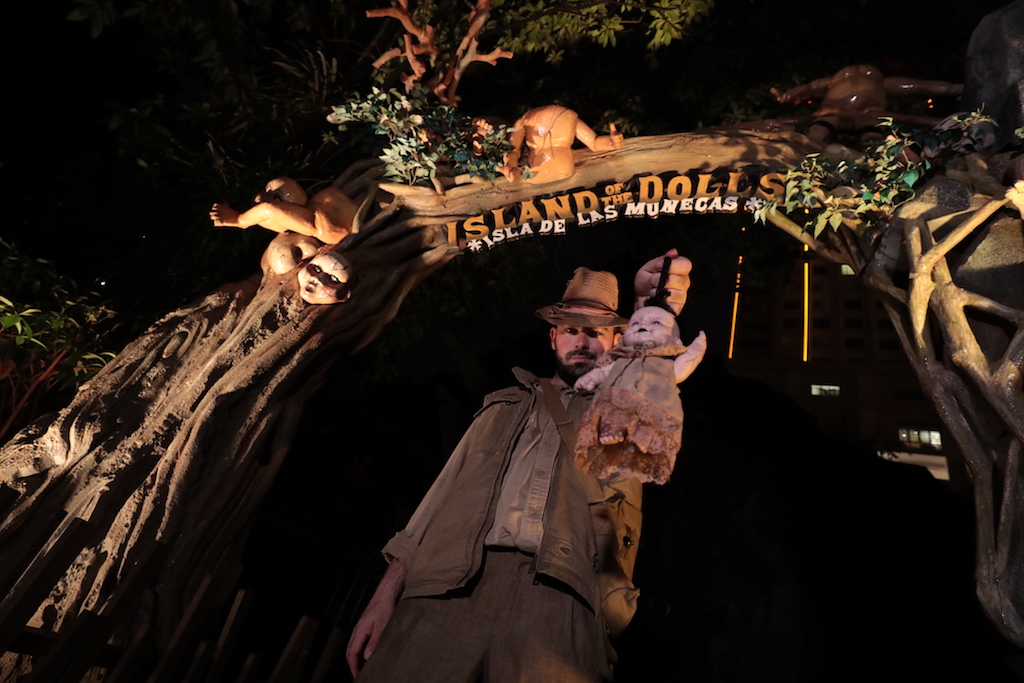 Start to feel the fear by experiencing THE ISLAND OF THE DOLLS, a replica of an accidental tourist attraction in Mexico which became famous due to a tragic disaster. 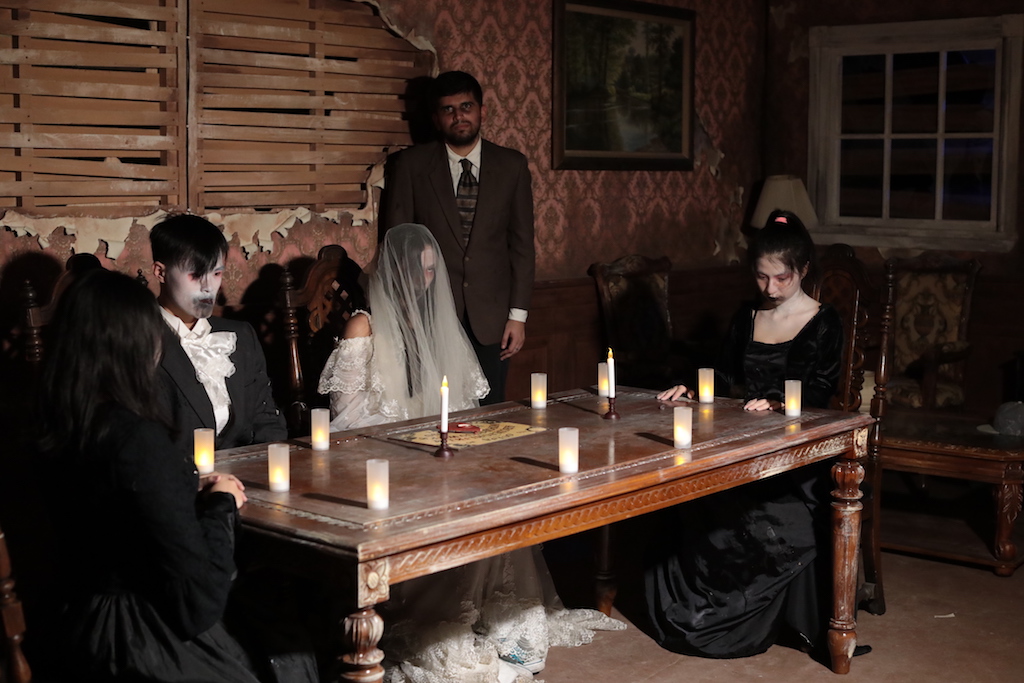 Further heighten the chill in your bones at OUIJA by gathering around to experience a scary seance in the mysterious and long abandoned attic of Mr. E. J. Bond Esquire's home. 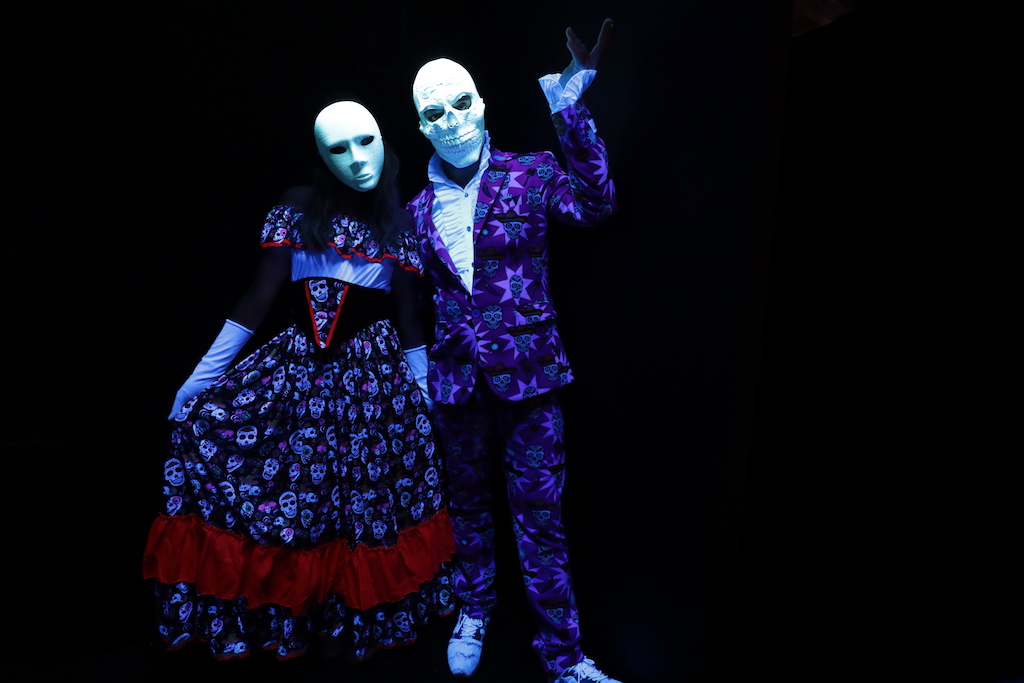 Prepare yourself with death at DAY OF THE DEAD IN 3D where you will be exposed to the phenomenon of life of the dead. Stay alert as those with low spirit might be spotted by the dead souls and they would always want some company in the realm of the dead. 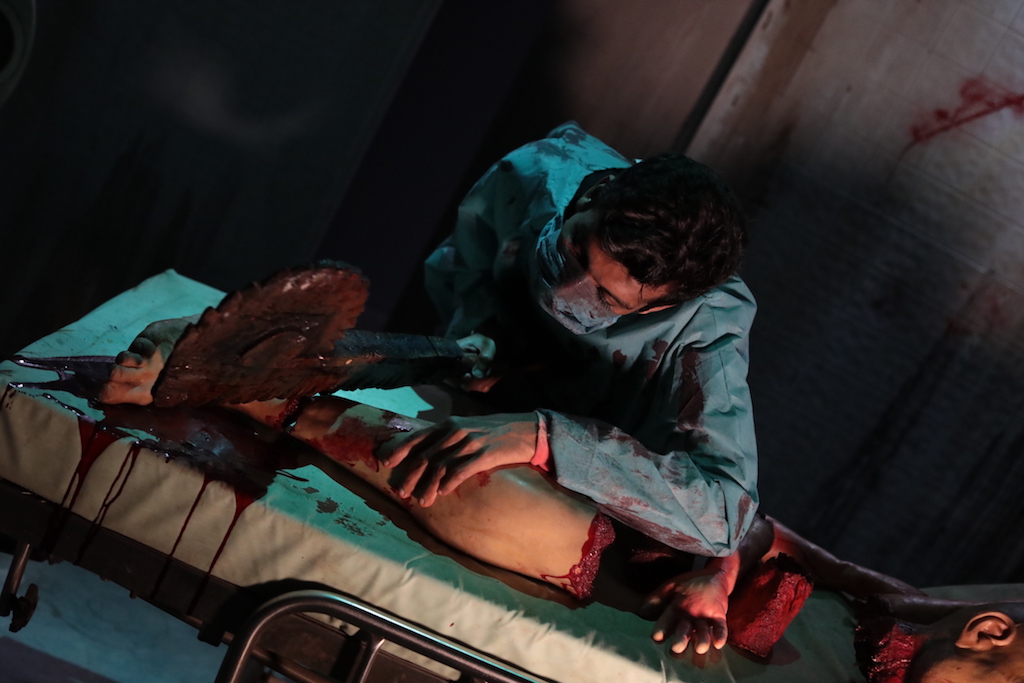 Overrun with squalor, human misery, oppression, disease and overcrowding, haunted hospitals have one thing in common: ghosts of the past lingering in their halls. DYSTOPIA exposes you to a horrifying experience of patient treatments that are frightful to hear, daunting to see in the year 2147. 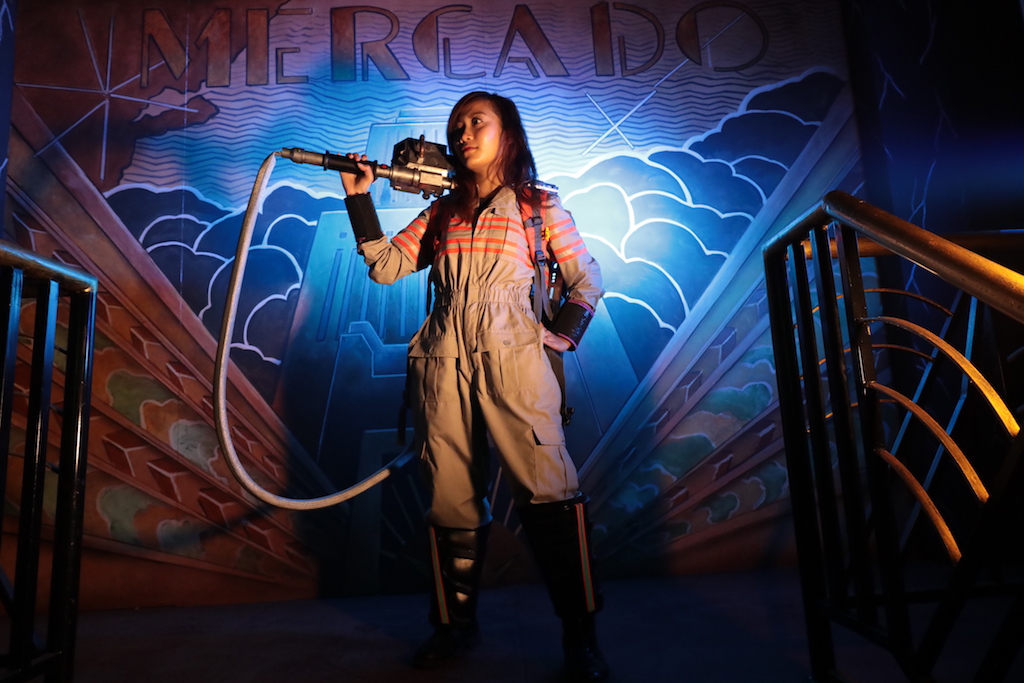 All within Scream Park, amp up your fear levels and call up the GHOSTBUSTERS while wandering through the iconic Firehouse HQ, and some infamous ghost locations such as Aldridge Mansion and Seward Street Subway. 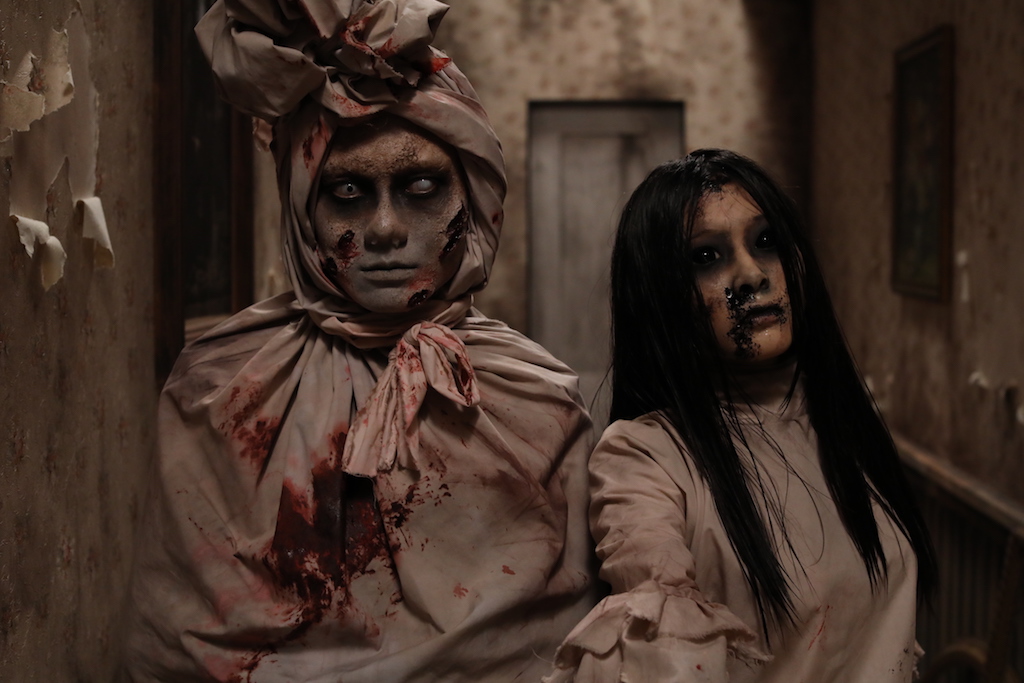 Then, move on to PONTIANAK vs POCONG, a bloody affair of a lover returning as a Pontianak and unfaithful husband as a Pocong - seeking what is rightfully theirs in a classic battle of evil vs evil. 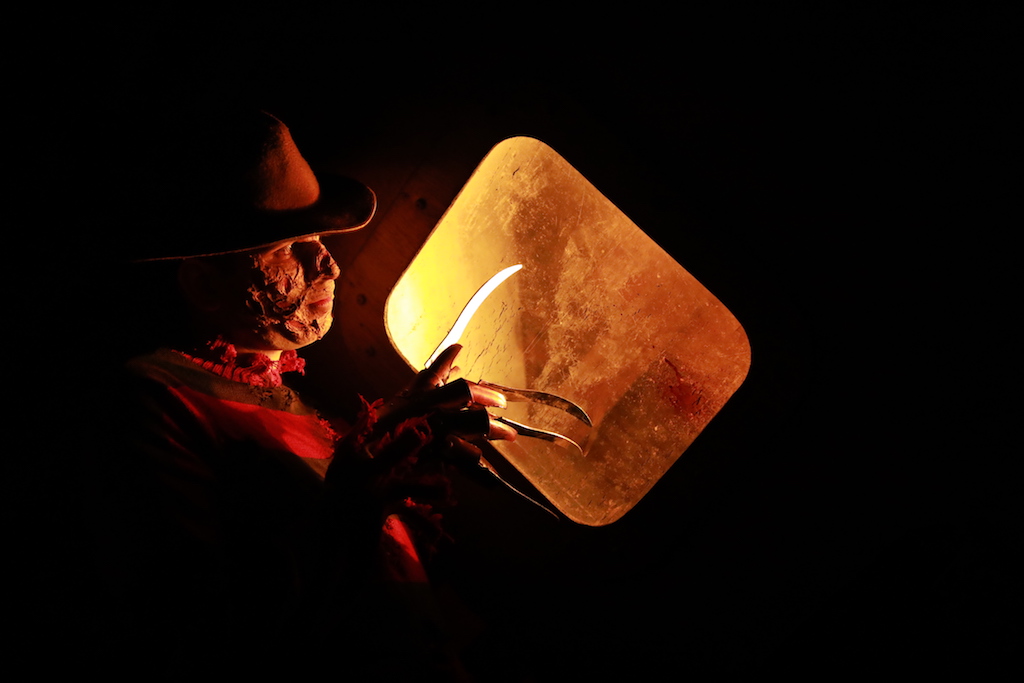 Meet the scariest movie characters of all time who will come to life and celebrate a night of horror at HORRORWOOD STUDIOS. 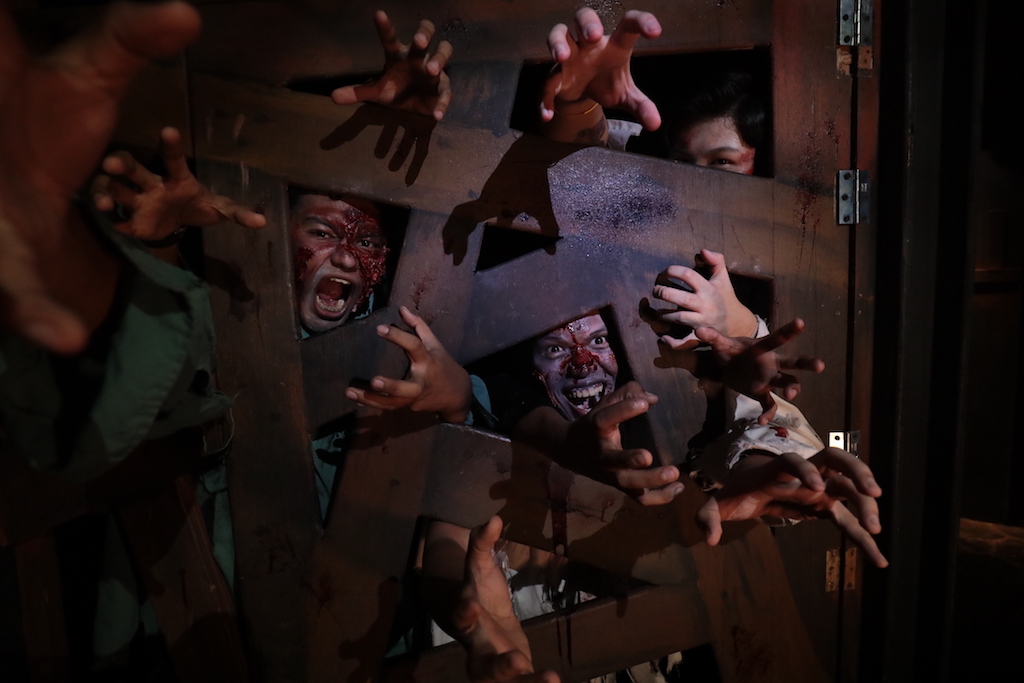 If you think you are fearless, enter the ZOMBIE APOCALYPSE with simply no escape once you step foot into the land of the undead who will show you the worst fears!

Face the curse of the sea at ZOMBIE PIRATES with the undead guardians shunning you away from bay into a pool of their horrifying torment.

Don't call yourself brave until you have entered the FOREST OF FEAR. Walk through different tombstones, haunted trees and leafy viines making your strolll in the forest vulnerable to surprise encounters with Hantu Pocongs and Pontianaks!

Experience Pudu Jail first-hand as you through the JUDGEMENT LANE where there will be a closest representation of how the prisoners are hung alive!

Join the parade at MARCH OF THE UNDEAD, the street where scare characters walk about in different hauntingly beautiful makeup and costumes. Decorated with Mexican paper flags and accompanied by large puppet processions honouring the dead, it will surely send chills down your spine!

"Nights of Fright is one of the most significant events in our calendar and the whole team is committed to improve and make it more exciting every year. We have new attractions infused in this year's instalment with different scare levels for all and we assure you that no guest will leave without screaming! Bring your loved ones to enjoy a night out at NOF 5 or simply for them to face their fears!" - Sean Choo, General Manager of Sunway Lagoon.

"The team injected a slice of true events and myths inspired by Asian horror stories to create a close representation of the attractions. This year, we have Ouija, The Island of the Dolls, Dystopia and many more for the timid to the thrill junkies! The festival is scarier than before so come by as this is biggest and most anticipated event of the year!" - Lynton V. Harris, Chairman & CEO of The Sudden Impact! Entertainment Company.

NOF 5 comes to life at 7.30pm - 11.30pm every Friday - Sunday from 7 - 29 October including 31 October 2017! Tickets are priced at RM64. Don't forget to upload your experience and include the #sunwaylagoonMY and #sunwaylagoonNOF5 hashtags!