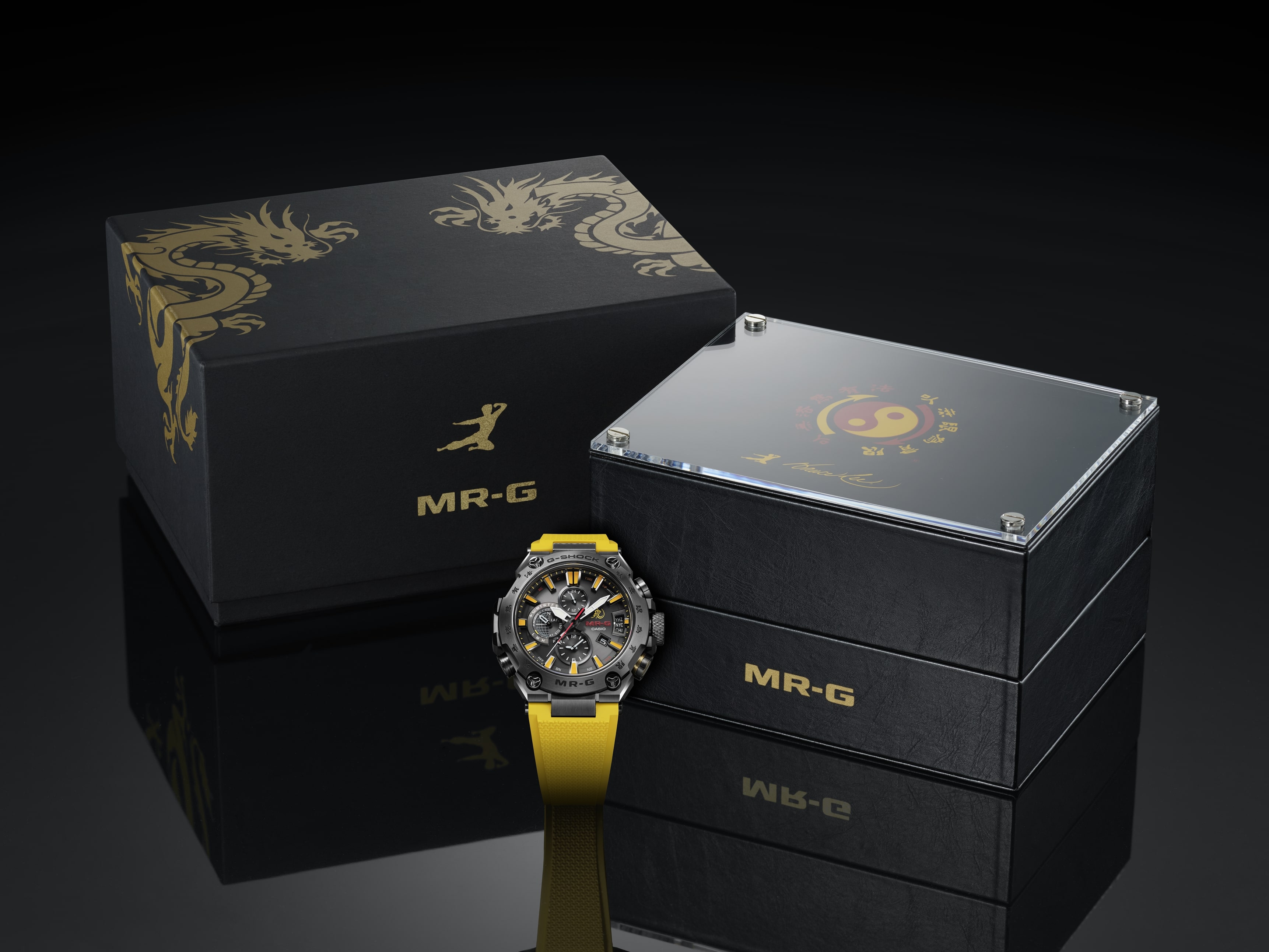 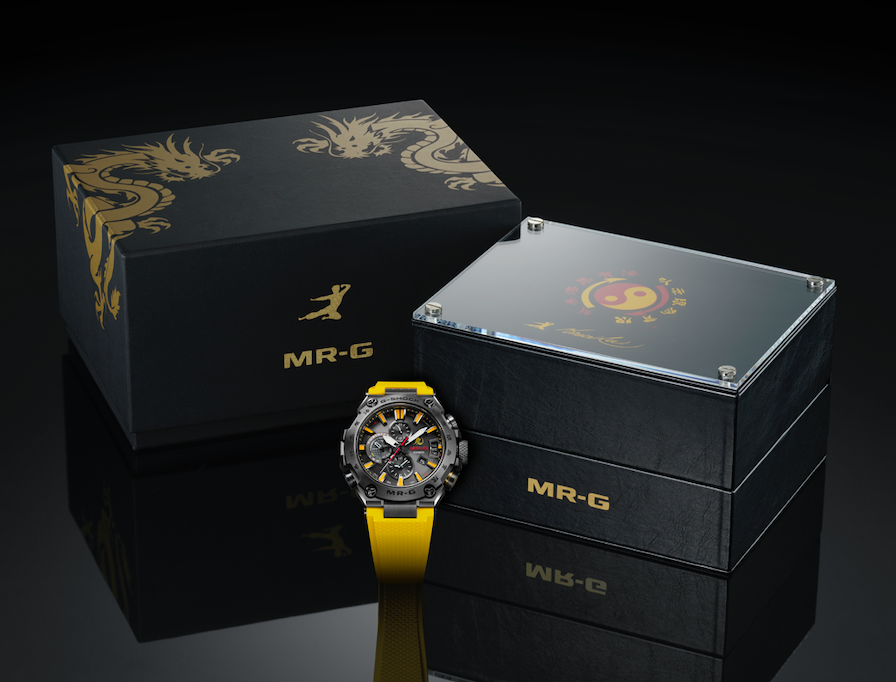 Casio Malaysia will be releasing MRG-G2000BL in Malaysia in the coming months, the latest addition to the G-Shock MRG series which has marked as the flagship series of G-Shock. This is a collaboration model featuring the legendary action film star Bruce Lee, who would have turned 80 years old this year. Only 300 pieces will go on sale worldwide. 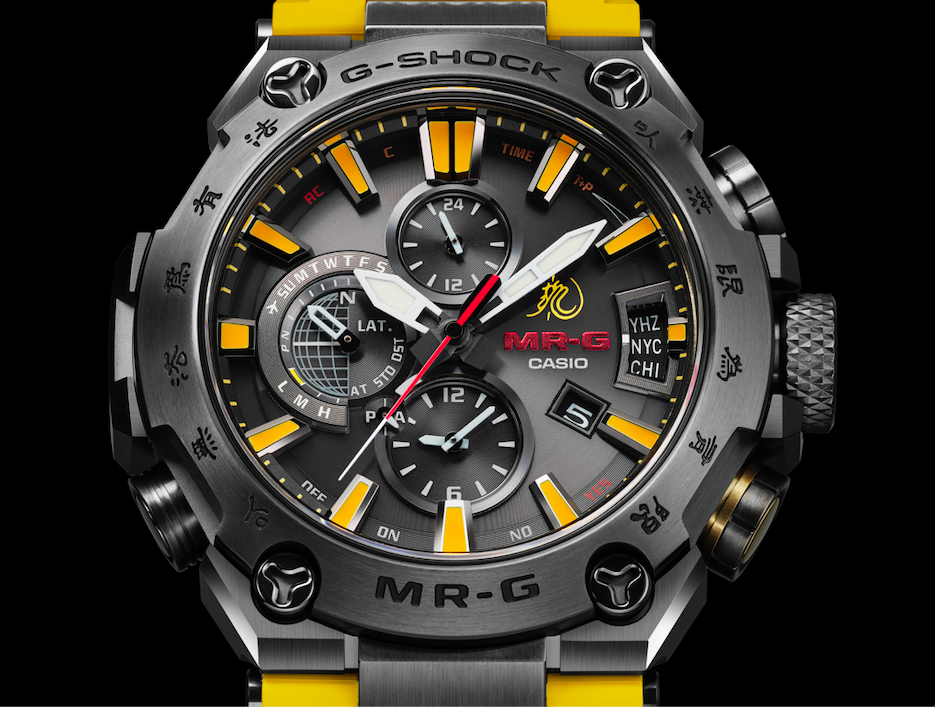 The new MRG-G2000BL has combined the spirit of Bruce Lee, who demonstrated world-class physical and mental toughness which have captivated people till today. With the top line G-Shock, MR-G series continues to deliver an uncompromising commitment to materials, structure, processing, and finishing. 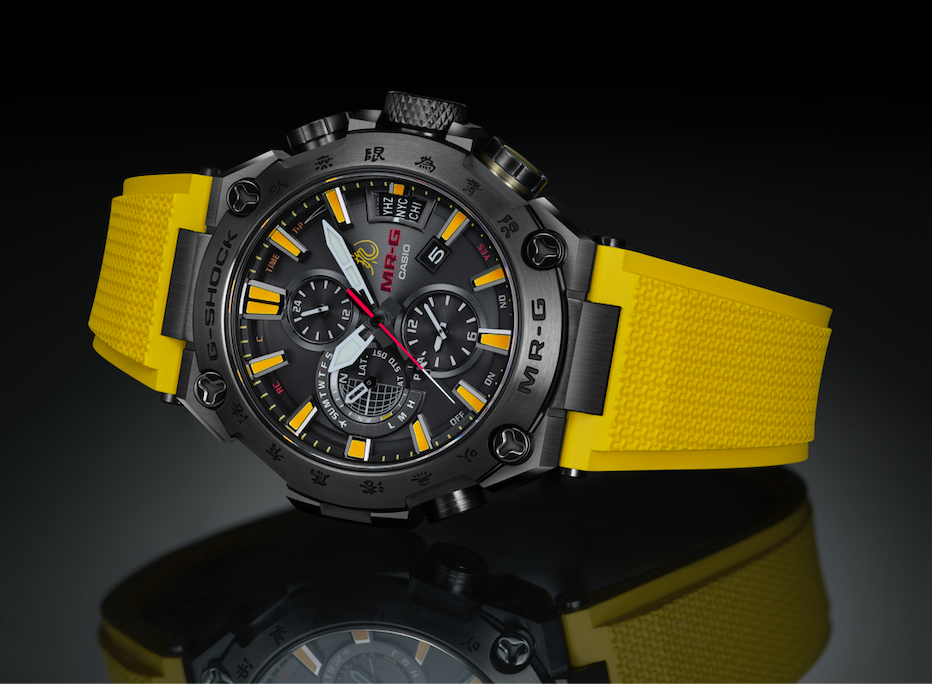 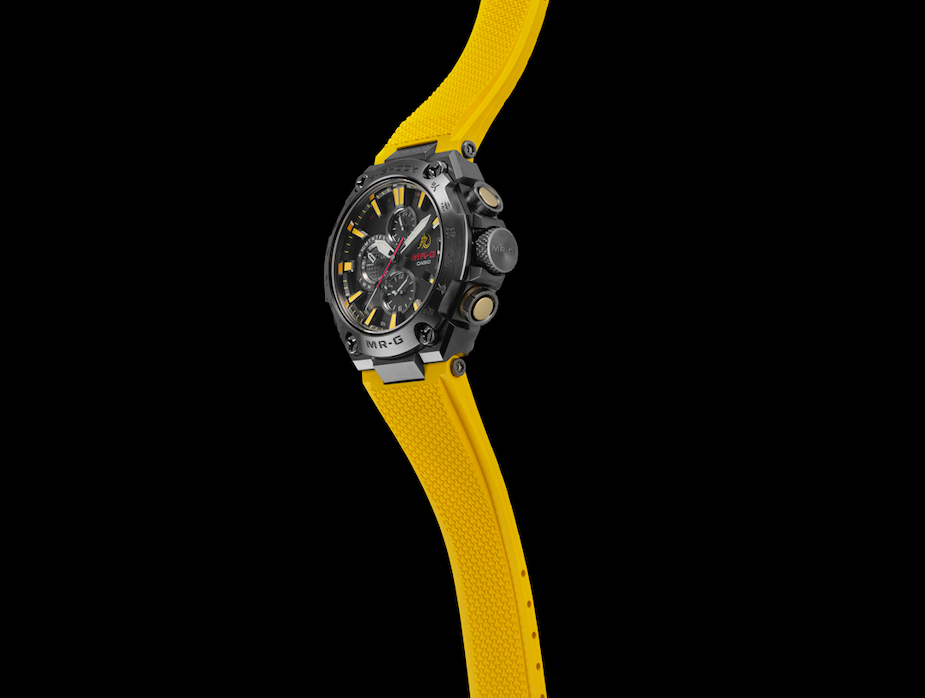 The colors black and yellow are used for the case and the band respectively, recalling the iconic tracksuit worn by Bruce Lee in his last film. In addition, the colors yellow and red, which appear in the emblem of Jeet Kune Do, the martial arts philosophy founded by Lee, are used for the indices, and for the MR-G logo and second hand, respectively. 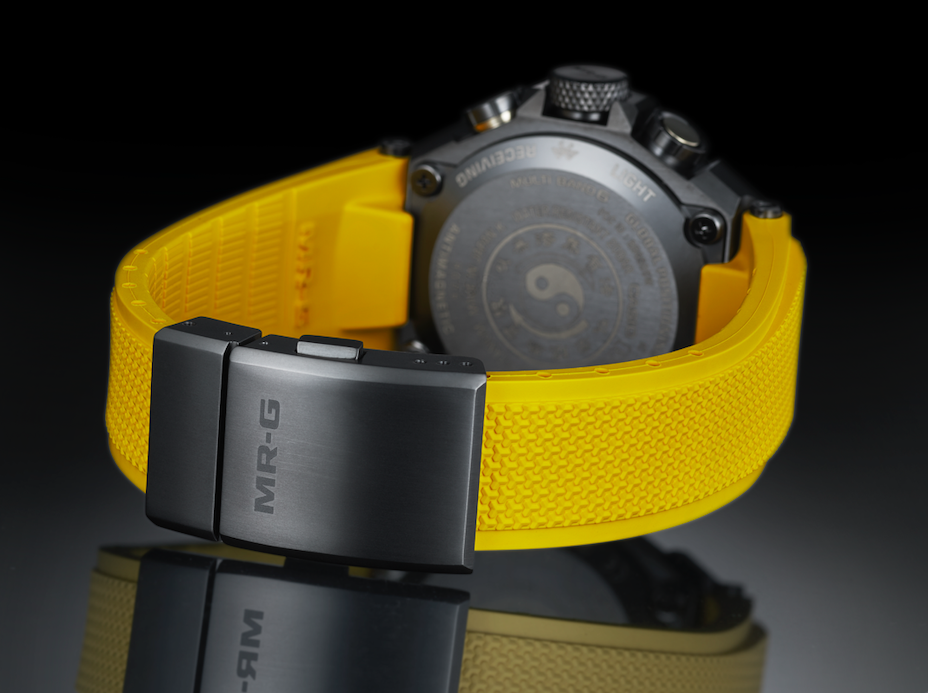 The entire watch expresses the philosophical thinking behind Jeet Kune Do, as well as the philosophy of its creator Bruce Lee. The bezel is engraved with “Using no way as a way, having no limitation as limitation,” a phrase that expresses the limitless potential of Jeet Kune Do, while its symbol, with the same phrase in Chinese, is engraved on the case back. The 3 o’clock position on the dial is also decorated with Bruce Lee’s signature using the Chinese character “龍,” or dragon, Bruce’s nickname. These and other features make the MRG-G2000BL a special model very much alive with the energy of Bruce Lee, whose intense spirit transcends the generations. 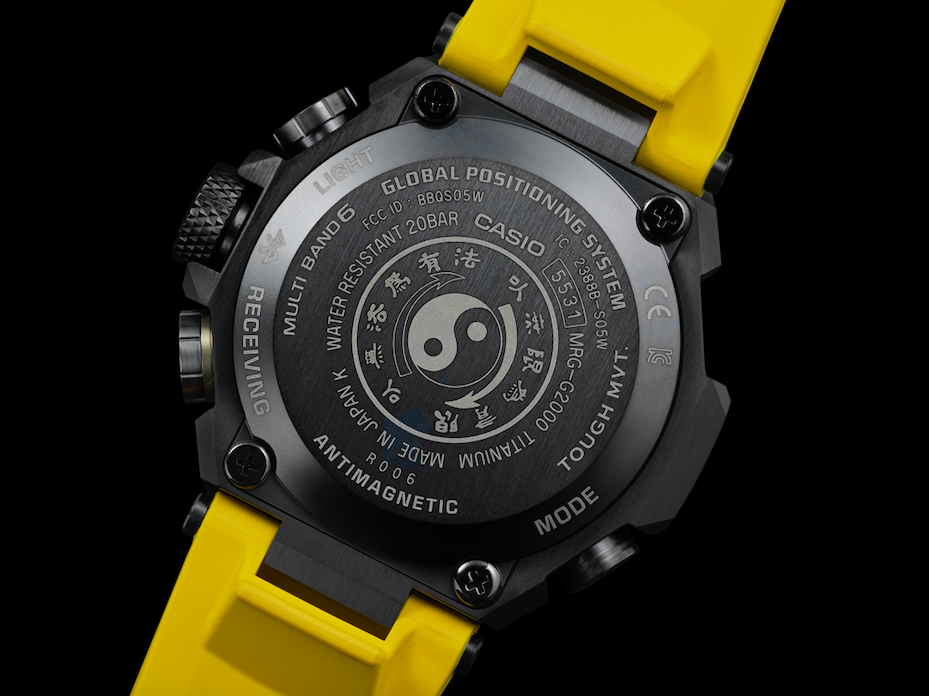 The model is based on the MRG-G2000 of the flagship MR-G series, which matches the legendary action film star’s combination of strength and beauty while also delivering tons of advanced technology. The MRG-G2000BL features time adjustment using radio wave time-calibration signals, GPS satellite signals, and Bluetooth® to ensure accurate time reflecting time zone changes around the world and daylight savings time. 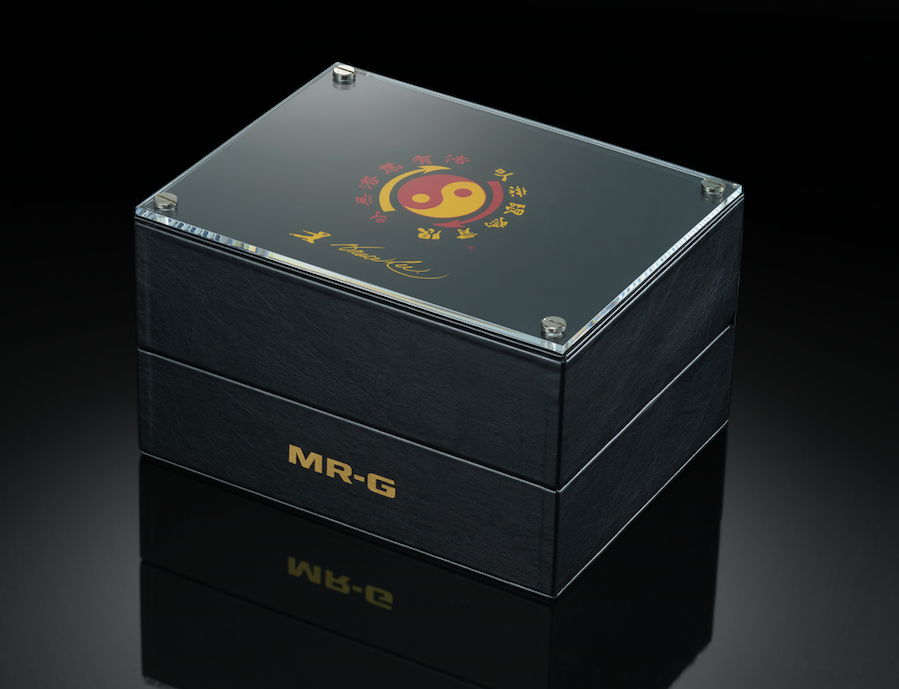 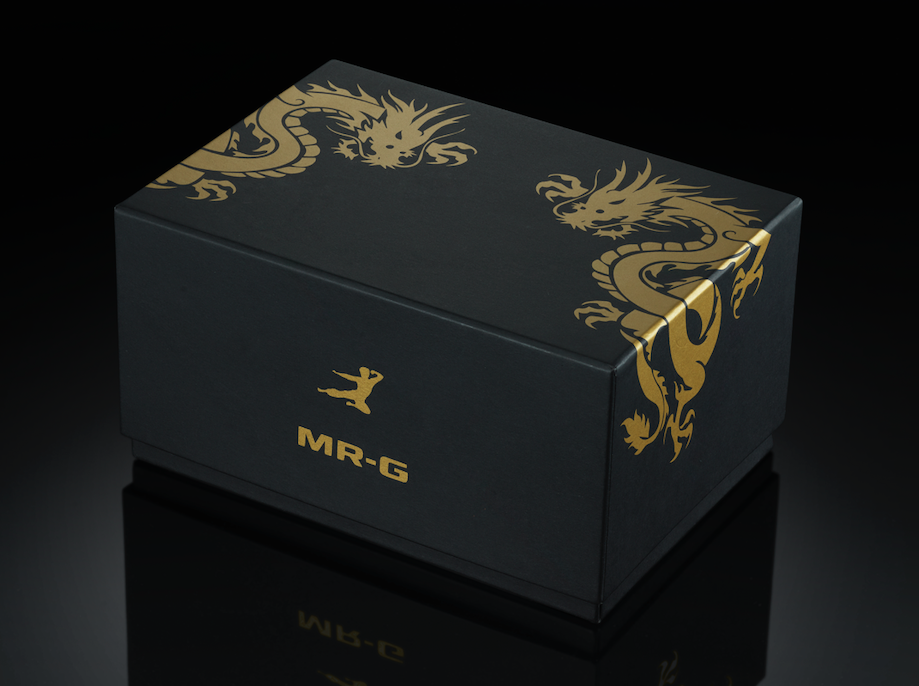 Lee Jun-fan (Chinese: 李振藩; November 27, 1940 – July 20, 1973), known professionally as Bruce Lee (Chinese: 李小龍), was a Chinese-American actor, director, martial artist, martial arts instructor, and philosopher. He was the founder of Jeet Kune Do, a hybrid martial arts philosophy drawing from different combat disciplines that is often credited with paving the way for modern mixed martial arts (MMA). Lee is considered one of the most influential commentators, critics, advocates, and martial artists of all time and is a pop culture icon of the 20th century who bridged the gap between East and West. He is often credited with helping to change the way Asians were presented in American films.

* The Bluetooth® word mark and logos are registered trademarks owned by Bluetooth SIG, Inc. and any use of such marks by Casio Computer Co., Ltd. is under license.