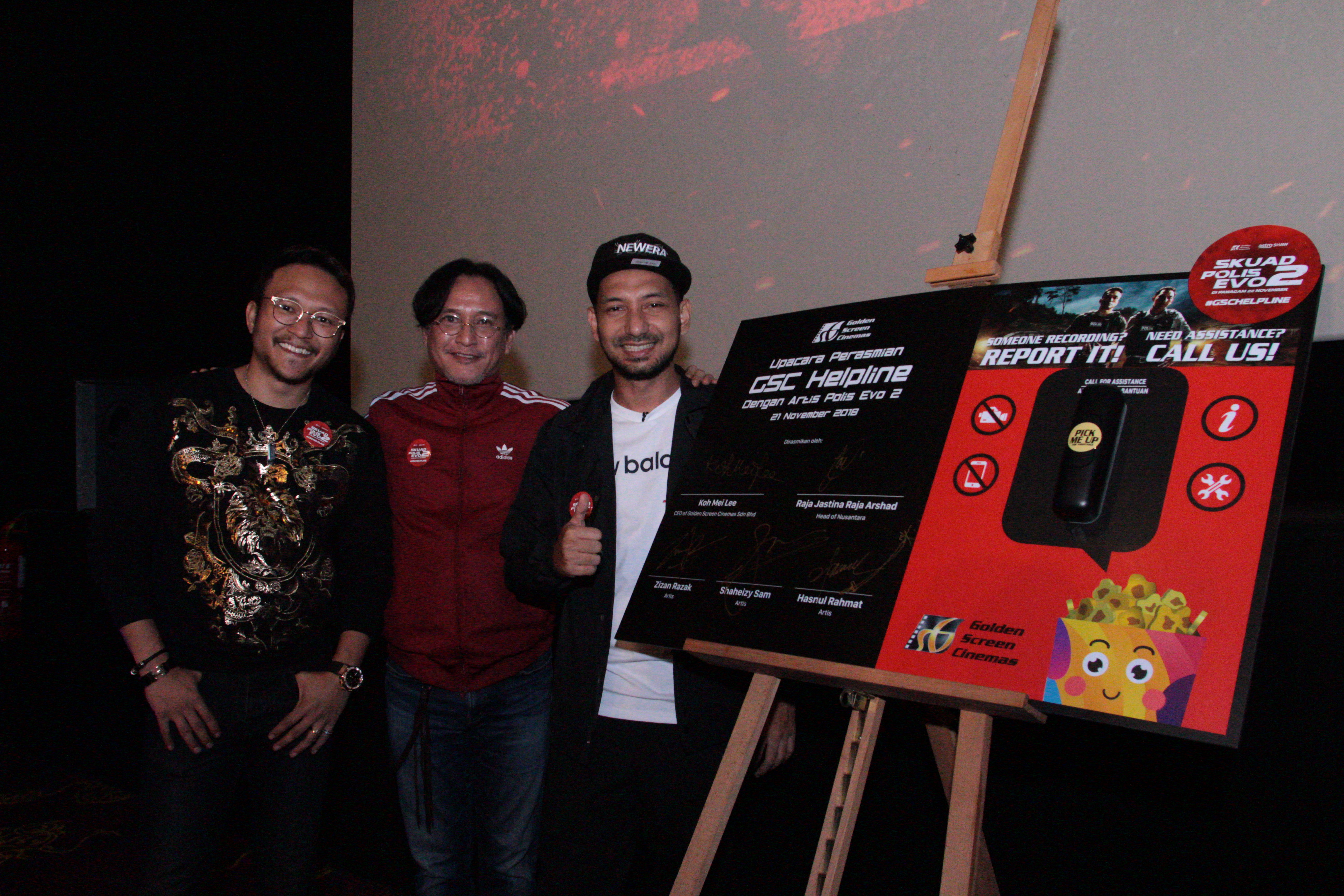 Cast of Polis Evo2 launches GSC Helpline as part of the cinema’s effort to weed errant recording in theatres nationwide. 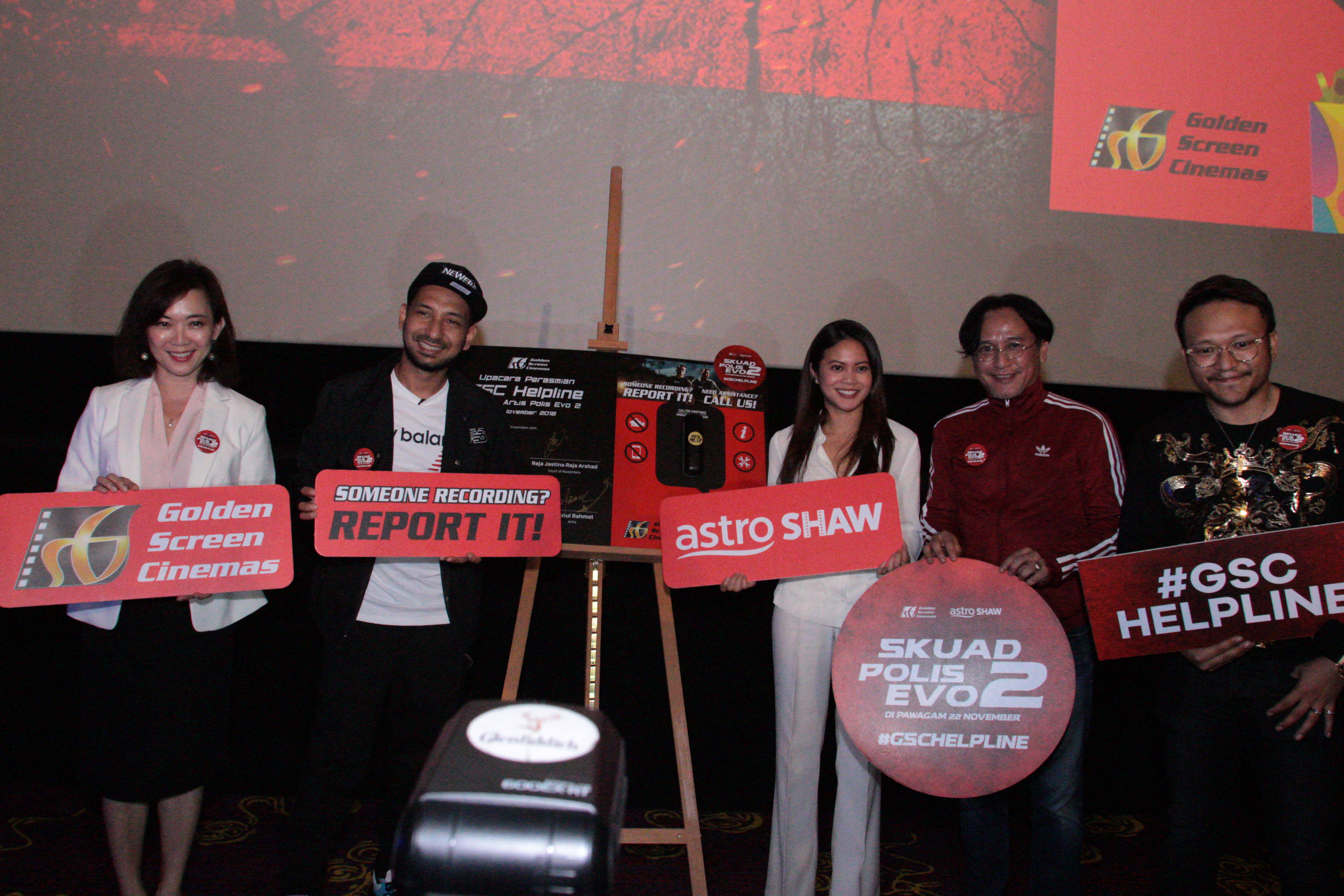 With the GSC Helpline, customers can reach out to GSC’scinema staff to report any issues that they may face in the cinema including illegal recordingand piracy. The partnership with Astro Shaw to launch this helpline is part of GSC’s effort to bring awareness to customers about the importance of safeguarding intellectual property and how recording films, even for just a few seconds, is an infringement of the filmmaker’s copyrights.

“GSC’s strives to provide our customers enriching cinematic experiences, but this can be ruined by illegal recordings and piracy. When you record and share clips of a film you have recently seen on social media, even a few short seconds can spoil the experience and rob other viewers of personally enjoying the movie for themselves. More than that, these recordings are actually illegal and infringe on the copyrights of the filmmakers, which can result in legal action,” said Ms. Koh Mei Lee, Chief Executive Officer of Golden Screen Cinemas.

“The new GSC Helplines we have launched are placed strategically outside our cinema halls to help our customers report these incidents and prevent them from happeningagain. We have launched this initiative with the team at Astro Shaw alongside the release of Polis Evo2, so as to create awareness and educate Malaysians, so that they can play a small role in improving the enriching cinematic experiences they get at our cinemas,” she added.

Additionally, customers may also use the helpline to contact staff to report any technical issues they may face in the hall, or provide feedback of their experiences.

“Piracy is theft. There is no way to sugar coat it. That’s why, Astro Shaw has partnered GSC to combat piracy via newly launched GSC Helpline. We hope this will heighten the sense of awareness among movie-goers to avoid recording of a movie inside the cinema as the act itself is a crime punishable by the law," said Raja JastinaRaja Arshad, Head of Nusantara, AstroShaw.

To support the launch of the GSC Helpline, aspecial Polis Evo2 Public Service Announcement on the helpline will be rolledout on the big screen in GSC cinemas nationwide. GSC cinema staff will also be donning a ‘Squad Polis Evo2’ button badgeas part of this campaign to further drive awareness of this effort and commitment to combatting illegal recordings.

The casts are signing their names for the launch of GSC Helpline. 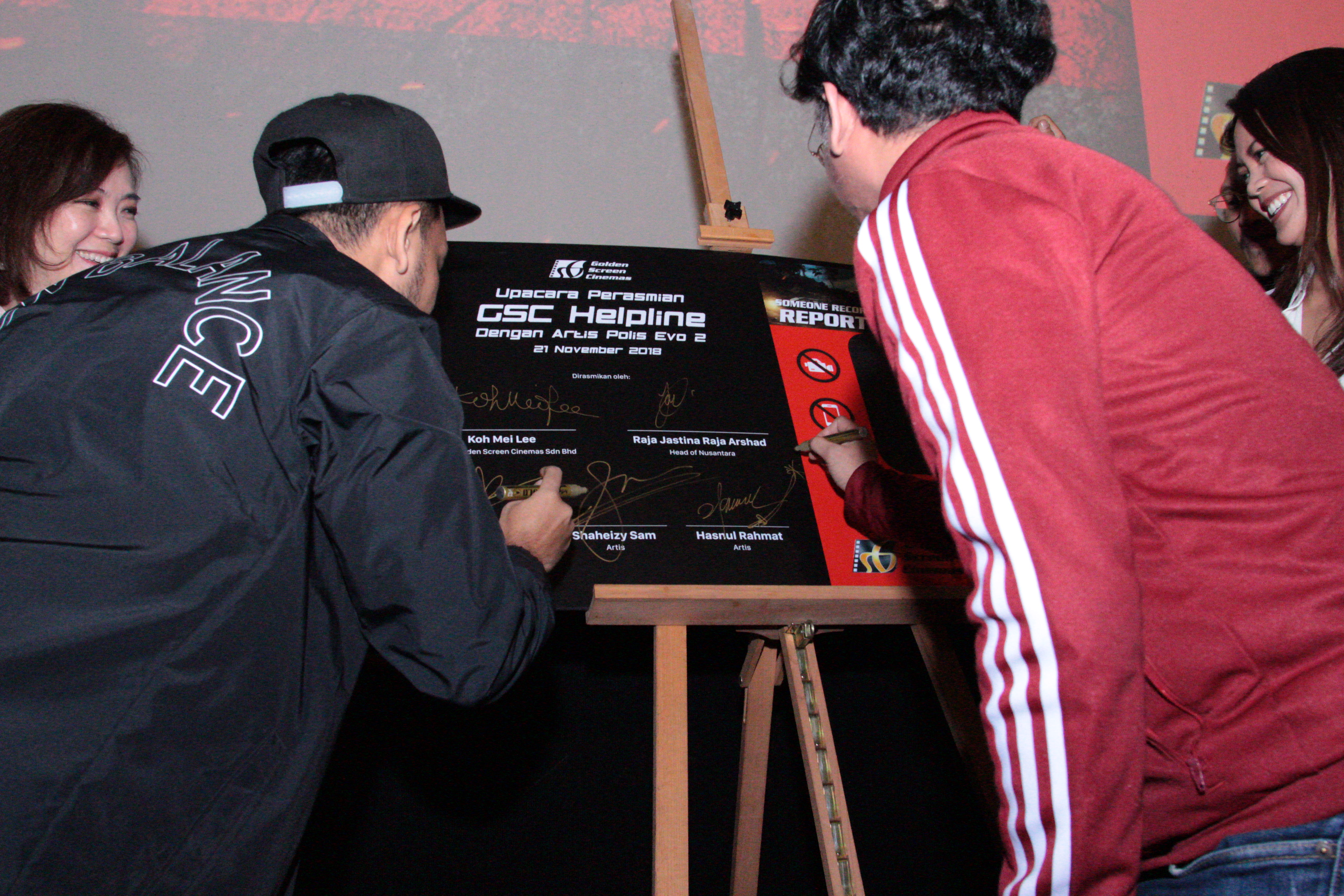