LEGO® BRINGS THE MASTERS OF SPINJITSU TO SUNWAY PYRAMID

The movie that follows the footsteps of The LEGO®Movie and The LEGO® Batman Movie promises fans a blend of meta-humor and the always fun LEGO® action.

In  conjunction  with  the  big  premiere,  LEGO Malaysia treats fans  of  the masters  of ‘spinjitsu’ by bringing the movie to life at its special The LEGO® NINJAGO® CHALLENGE Event.

Details of the The LEGO® NINJAGO® CHALLENGE Event are as follow:

phenomenon  and  we  wanted  more  reasons  to  connect  with  our  fans.  What  better  way  to  do  that  than bringing the joy of building to them.

Working hand -in-hand with the film, the event brings to life a new level of  cross- platform  entertainment enriched  with  play - as  we  reach  out  to  our  LEGO  fans  through  our products,  movies,  and  the many  exciting activities  at  the  mall ultimately  bringing  fun  and  play  to Malaysians,” says Leslie Falvey, General Manager, LEGO® Singapore and Malaysia.

Mr Leslie Falvey, General Manager of LEGO® Singapore and Malaysia, sharing his excitement over the fun-tastic activities that LEGO® has in store for kids and adults alike who visit the LEGO® NINJAGO®Challenge Event. 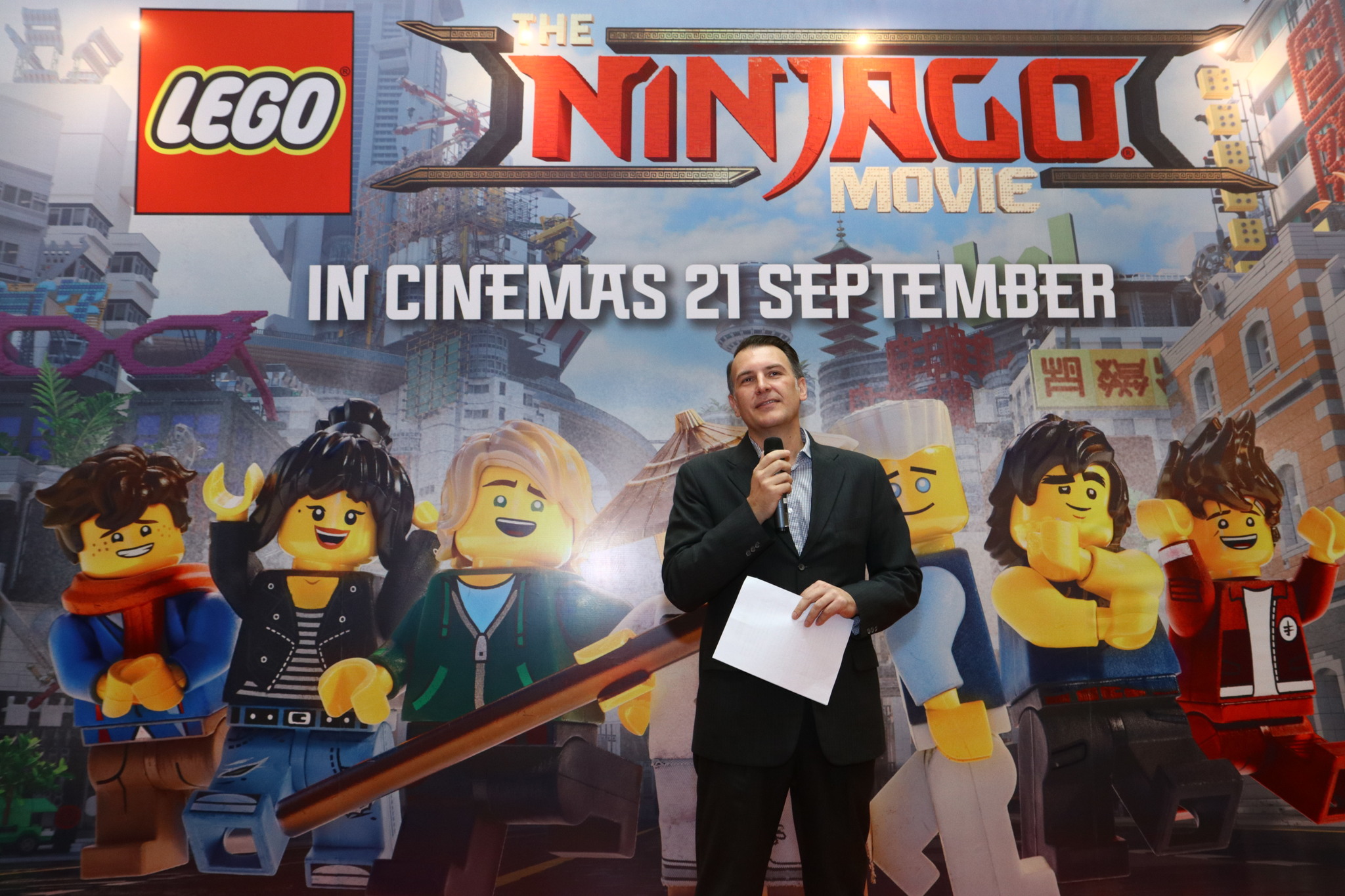 Avid LEGO® and NINJAGO® fans are treated to the following awesome activities at Sunway Pyramid:

THE LEGO® NINJAGO® Challenge: The LEGO® NINJAGO® Challenge is where fans will pit against Lord Garmadon’s army at three different battlegrounds namely the dojo, jitsu and mech areas. Each area tests a different ninja spirit that is required for one to  become  a  full - fledged  ninja –courage,  perseverance,  and  team  work.  Completing  all  three challenges enables  fans  to customize their very  own  LEGO®  NINJAGO®  Minifigure  Avatar  and  take  it home with them with any LEGO® purchases. Plenteous photo opportunities with LEGO® Ninja Kai, Llyod and Jay! Crystalize your memory and experience with plenty photo opportunities with LEGO® NINJAGO® Kai, Jay and Llyod mascots.

Exciting activities were designed for fans of LEGO®NINJAGO® at the LEGO® NINJAGO ® Challenge event at Sunway Pyramid, Blue Concourse including mascot appearances of the much-loved Master Wu, ninja Kai and ninja Llyod. From left to right: 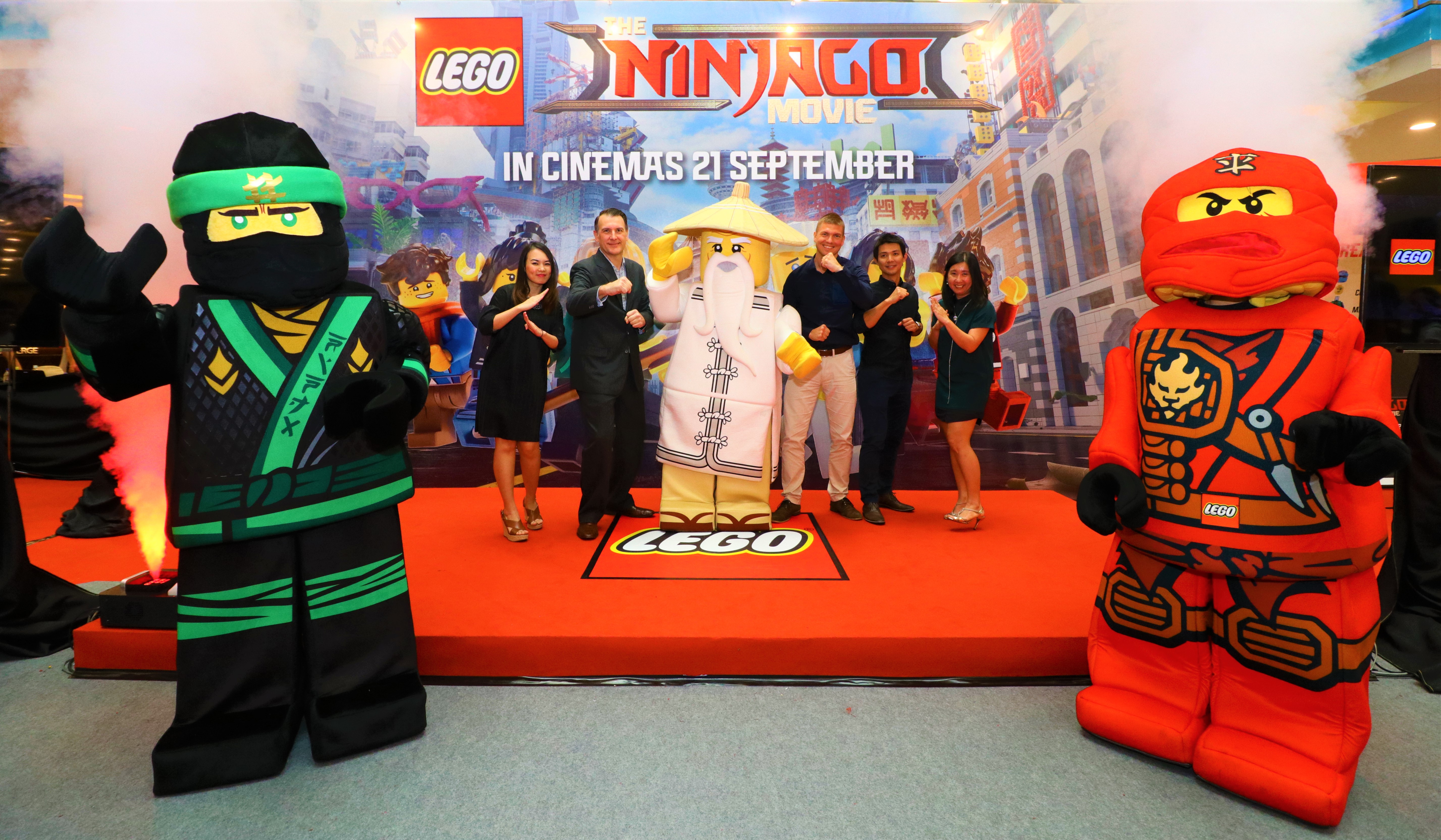 Ninjas Kai, Jay and Llyod will take turns to join the fans on Fridays to Sundays including public holidays*. Exclusive LEGO® NINJAGO® Movie goodies and play set promotions Fans  can also  get  their hands  on  the  newly  launched  The  LEGO®  NINJAGO®  MOVIE TM play  sets  and enjoy various promotions** on their favourite LEGO® sets. THE LEGO® NINJAGO® Challenge Event at Sunway Pyramid will run from Fri, 15 September 2017 to Sun, 24  September 2017.

*Ninjas Kai, Jay and Llyod will take turns to join the fans on Fridays to Sundays including public holidays at Blue Concourse, Sunway Pyramid. They will make an appearance on:

**Fans can enjoy promotions that entails them to awesome goodies:

Exclusive early bird deal that entails two (2) LEGOLAND® Malaysia Resort worth RM 490, Four (4) movie premiere tickets that comes with 4 sets of popcorn and drinks, and a LEGO® NINJAGO® Master Training Ground for LEGO® purchases of RM 899 and above.

Additionally, LEGO® and NINJAGO® enthusiasts can look forward to THE LEGO® NINJAGO® Challenge event that will also take place in Gurney Paragon Mall, Penang with similar activities and loads of goodies waiting  to  be  brought  back  home.  Fans  can enjoy  the  exciting  activities  from 29  September  2017  to  8 October 2017. Visit http://lego.build/myNINJAGOChallengePenang for more information. 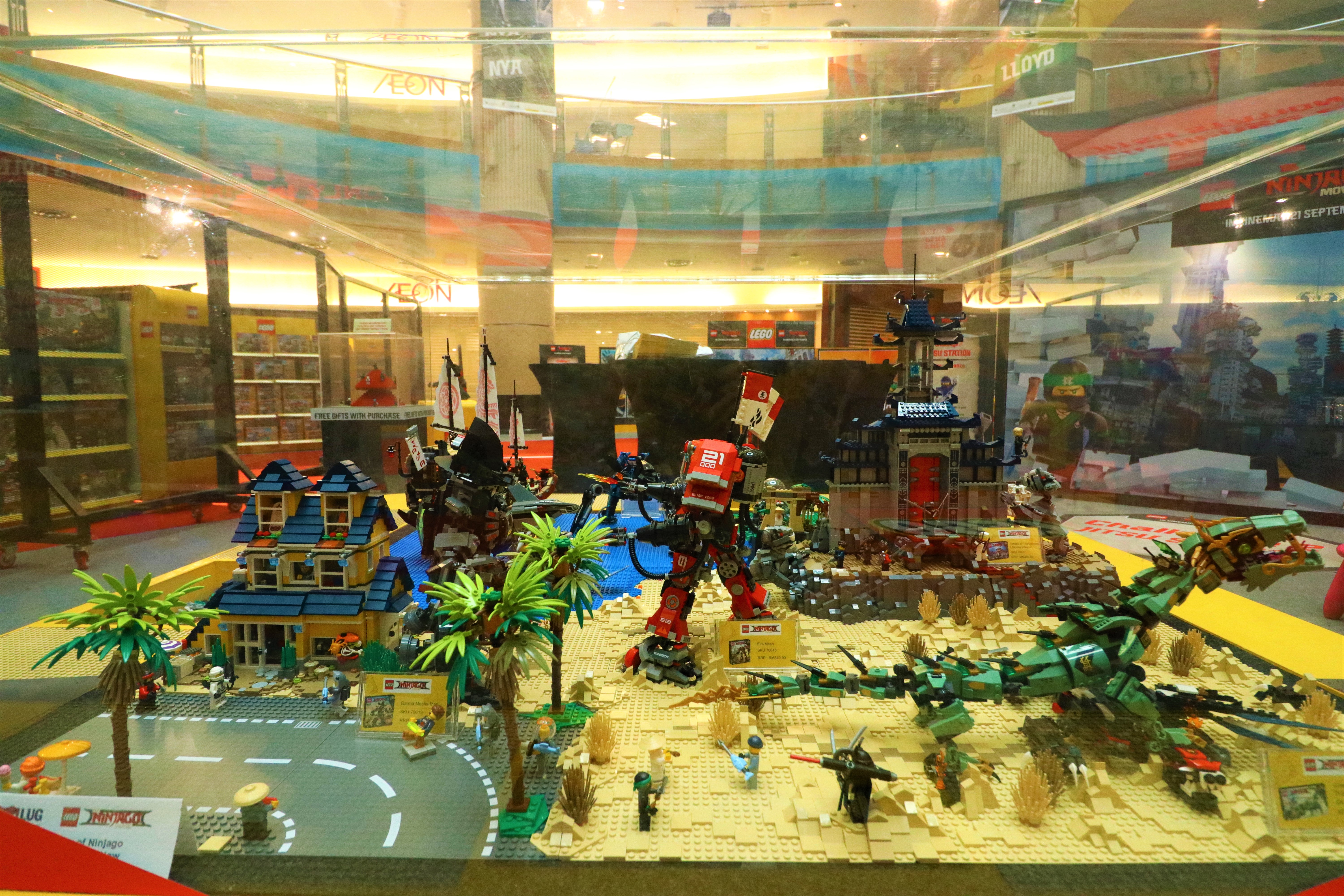 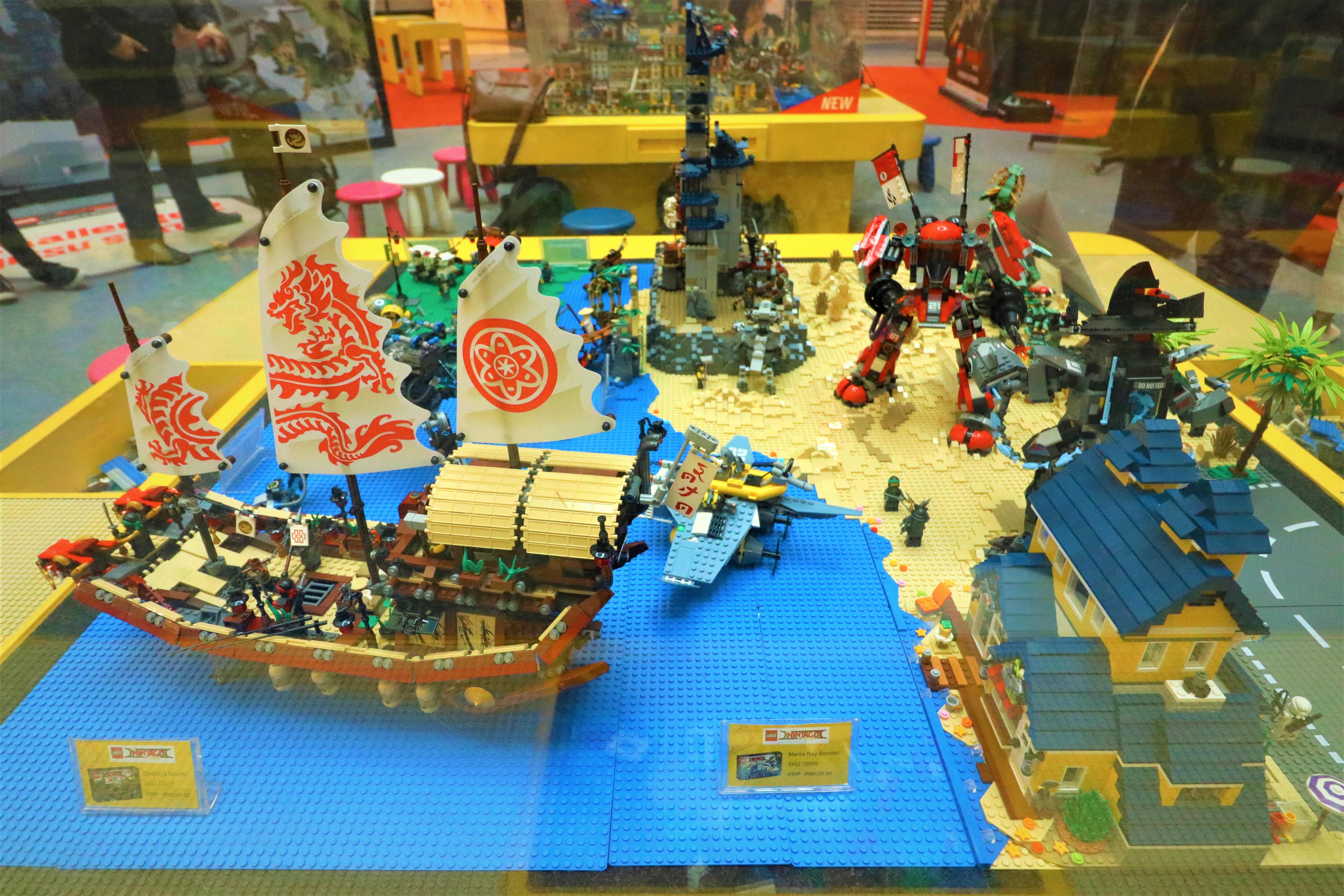 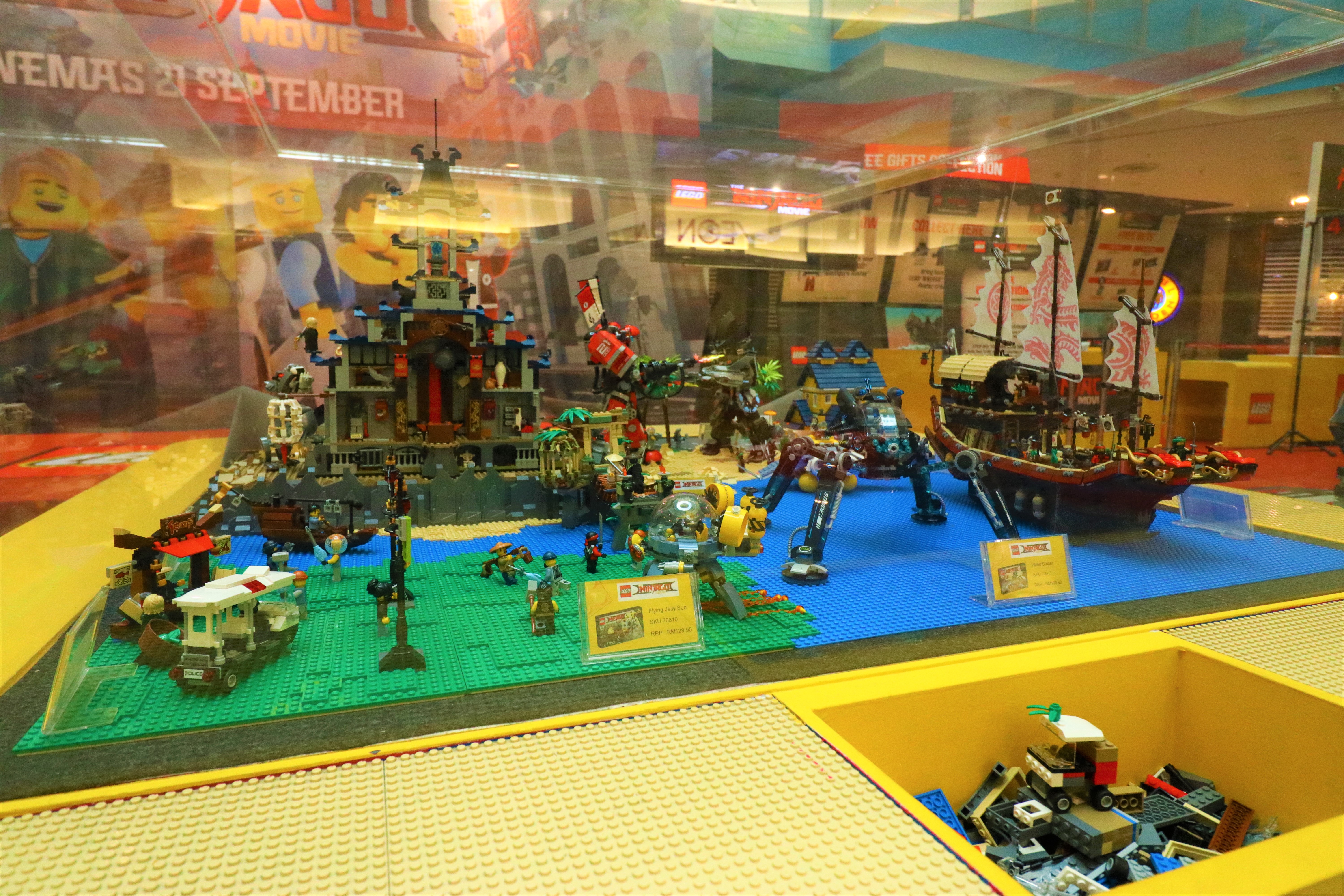