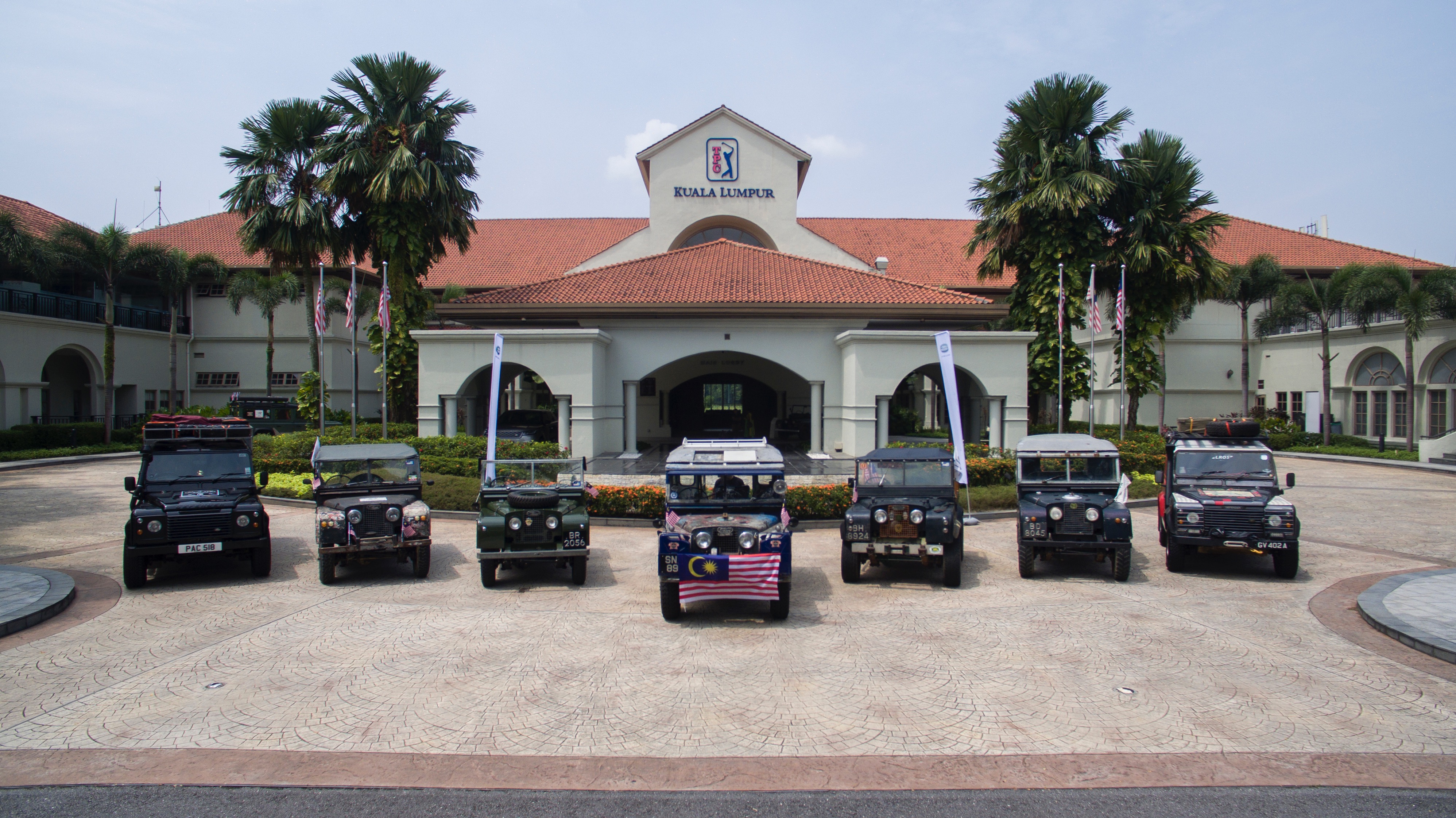 The Last Overland: Remaking History Through A 10,000 Mile Road Expedition From Singapore to London 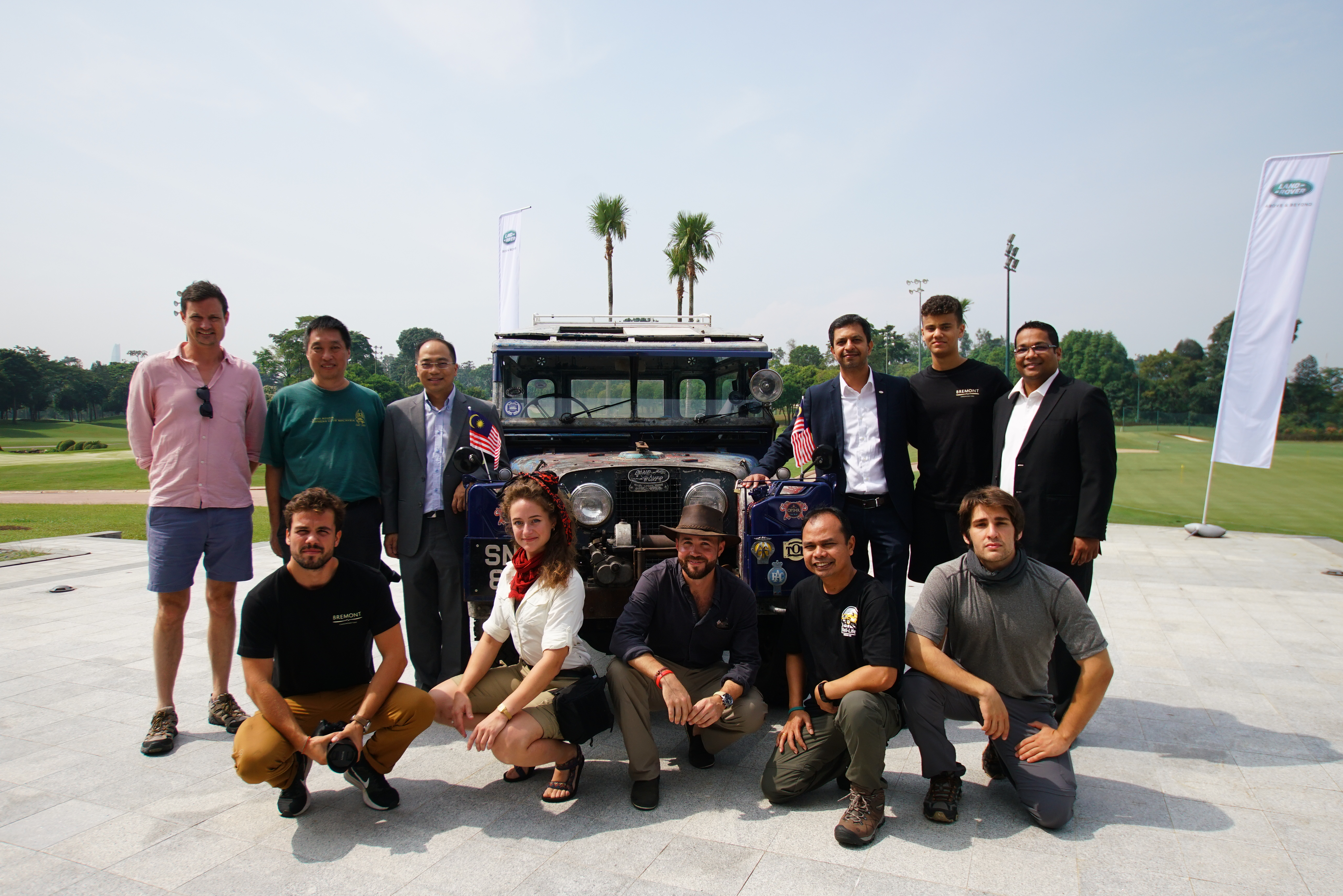 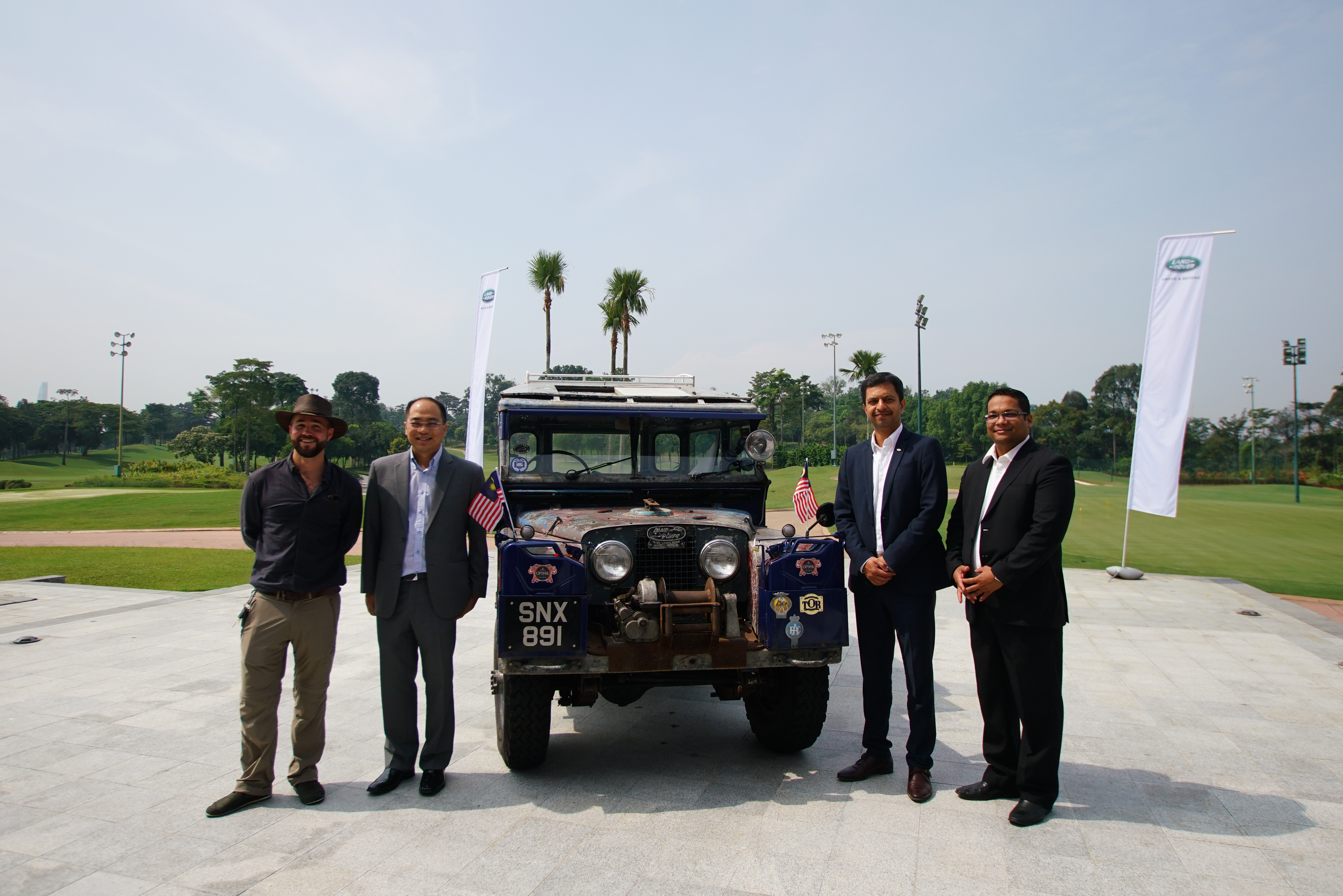 A journey to recreate one of the twentiethcentury’s most iconic and challenging road journeys, the very first expedition by the 1955 Oxford Land Rover from London to Singapore, arrived here this morning after flagging off in Singapore on the 25th of August.

Between 1955 and 1956, a team of six young men embarked on The Oxford & Cambridge Far Eastern Expedition (The First Overland),and made history by being the first to successfully drive the 10,000 miles from London to Singapore. Now, 64 years later, a member from that first expedition, Tim Slessor (age 87) joined by award-winning film-maker, Alex Bescoby (age 31), will take the original1955 ‘Oxford Land Rover Series I on a road journey to retrace that first overlandexpedition.

This time they will make the journey in reverse, from Singapore to London. As before, they will travel across three continents. It is an expedition that will take them through the jungles of Malaysia and Myanmar, the mountains of the Himalayas northern Turkey, the deserts of the Middle East, as well as over twenty countries, including Nepal, China, Uzbekistan, Iran and Bulgaria. The aim is to arrive in London within approximately 100 days of setting out from Singapore.

Grammar Productions explained their plans for this Last Overland expeditionduring the official unveiling of the original 1955 ‘Oxford’ Land Rover. Fullyrestored from a dilapidated state, the car was transported from the United Kingdom to Singapore where it was unveiled at the Jaguar Land Rover showroom, in Singapore, on Thursday, 30th May 2019.

Tim Slessor spoke about the thrill of being reunited with his old ‘Oxford’ Land Rover, “The last time I seriously drove this old thing was a long time ago. So, asyou might imagine, to see the old thing again today is quite moving. After all, before we had set out, the Experts had told us that we were geographicallyignorant and politically naive; the journey couldn’t be done. All that did was tomake us more determined. Six months later, we pulled in to Champion Motors onSingapore’s Orchard Road. I can tell you, the champagne and flash-bulbs reallypopped that day. We’d made it. As the man from America’s Time magazine put it, ‘I guess you boys have run plumb outta road.’”

Regarding his motivation to repeat the journey at his age, Mr Slessor continued,“The intention is, come late August, to drive her from Singapore back to the UK –overland once more. As I get older, I have been bothered by a recurring andnagging whisper: ‘Go for it – before it’s too late.’ Which is why I am here today – Iam 87, and if I don’t do It now, I may never get another chance. After all, as thatwhisper reminds me, ‘you’re only here once.’ If you like, it’s a case of ‘this OldMan helps take the SNX891 Old Lady home.”

FLAG-OFF ON 25TH AUGUST FROM SINGAPORE

The Last Overland expedition began on Sunday, 25th August 2019 with the ‘flag off’ from Singapore’s F1 pit straight in Marina Bay. The ‘Oxford’ was given the perfect send off by being escorted through the streets of Singapore all the way tothe country’s border with Malaysia by a parade of other Land Rovers driven by local enthusiasts, including members of the group, Land Rover Owners Singapore.

Upon entering the border of Malaysia, the team from the Last Overland made its way to Cameron Highlands to visit the land of Land Rovers where Series I to III are still found.

Inspired by the 1954 Oxford and Cambridge Trans-Africa expedition, six Oxfordand Cambridge university students travelled in two Land Rovers named ‘Oxford’ and ‘Cambridge.’ The team traversed the dusty deserts of Iran, passed through northern India (the previous limit of any overland journey from London heading east), forded treacherous streams and rivers through Burma (modern Myanmar) and down through what was then called the Federation of Malaya. Upon reaching Singapore in 1956, the expedition made headlines around the world. It was documented in three BBC films commissioned by Sir David Attenborough which showcased many remote corners of the world on film for the first time, as well as by a book authored by Tim Slessor. Writing about the original expedition, SirDavid Attenborough described it as “a madcap adventure” that would be “quite impossible today.” 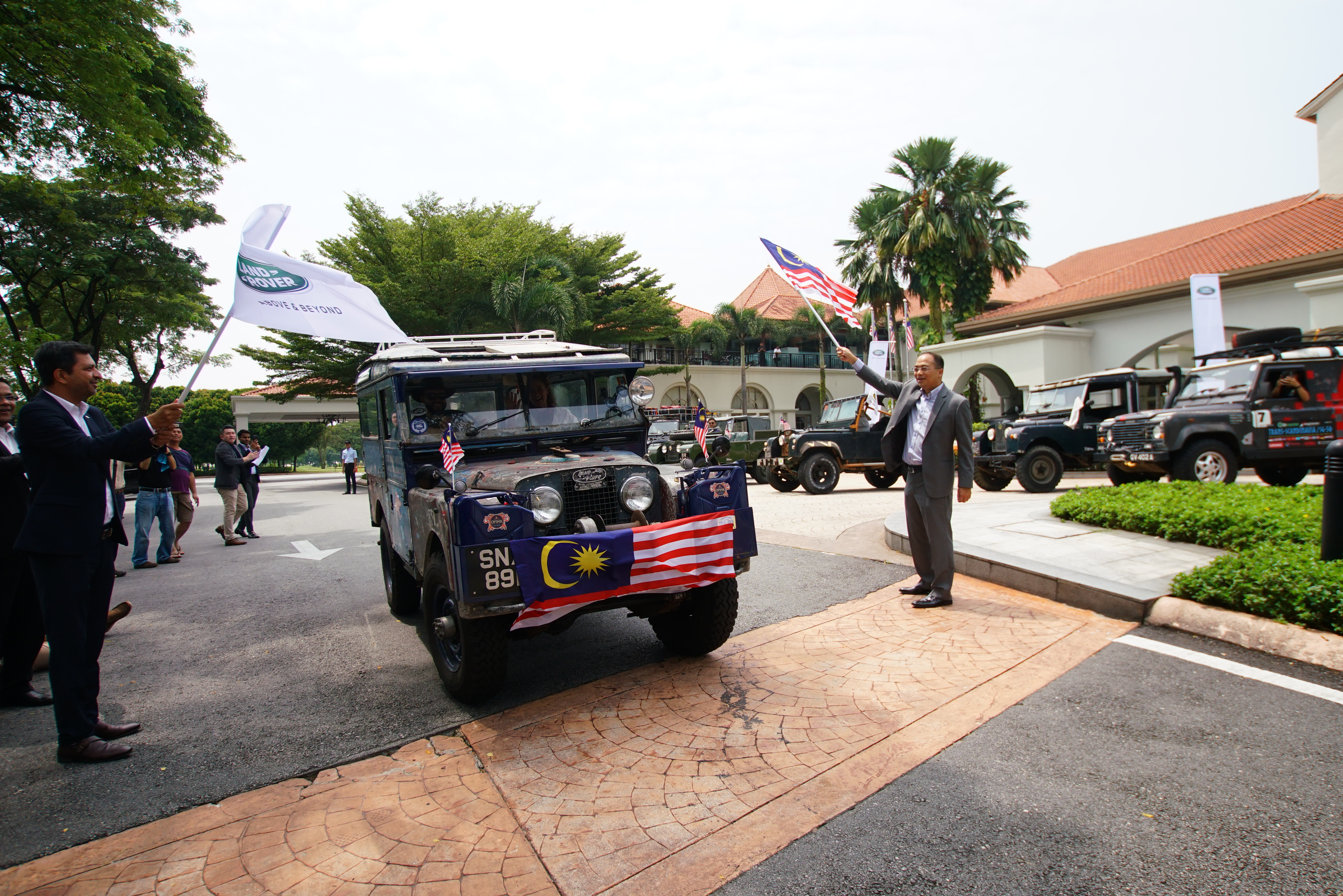 The Oxford’s adventures did not end in 1956. It was subsequently involved in an Ascension Island expedition, and would remain hidden and decaying on the tiny South Atlantic island for decades, before being rescued and restored by Adam Bennett in 2017. Adam, who had grown up steeped in the First Overland story, gifted the Land Rover to Tim and Alex for this latest adventure. Through the eyes of two different generation of travellers, and the people they meet along the way, The Last Overland will uncover how much the world has really changed since The First Overland expedition.

Alex Bescoby in sharing his enthusiasm for the expedition said, “I feelunbelievably lucky to be embarking on this adventure of a lifetime. We will be travelling for 100 days along the highest roads in the world, through deserts and jungles aiming to be in London by early December. We (the team) are incredibly grateful for the strong support of our partners, supporters, family and friends, andwe look forward to sharing our adventures along the journey with them.”

The team will be accompanied by a team of professional advisors, Land Rover enthusiasts and travel experts – all united in their passion for automotive history and adventure.

The Last Overland Team making their way to Cameron Highlands 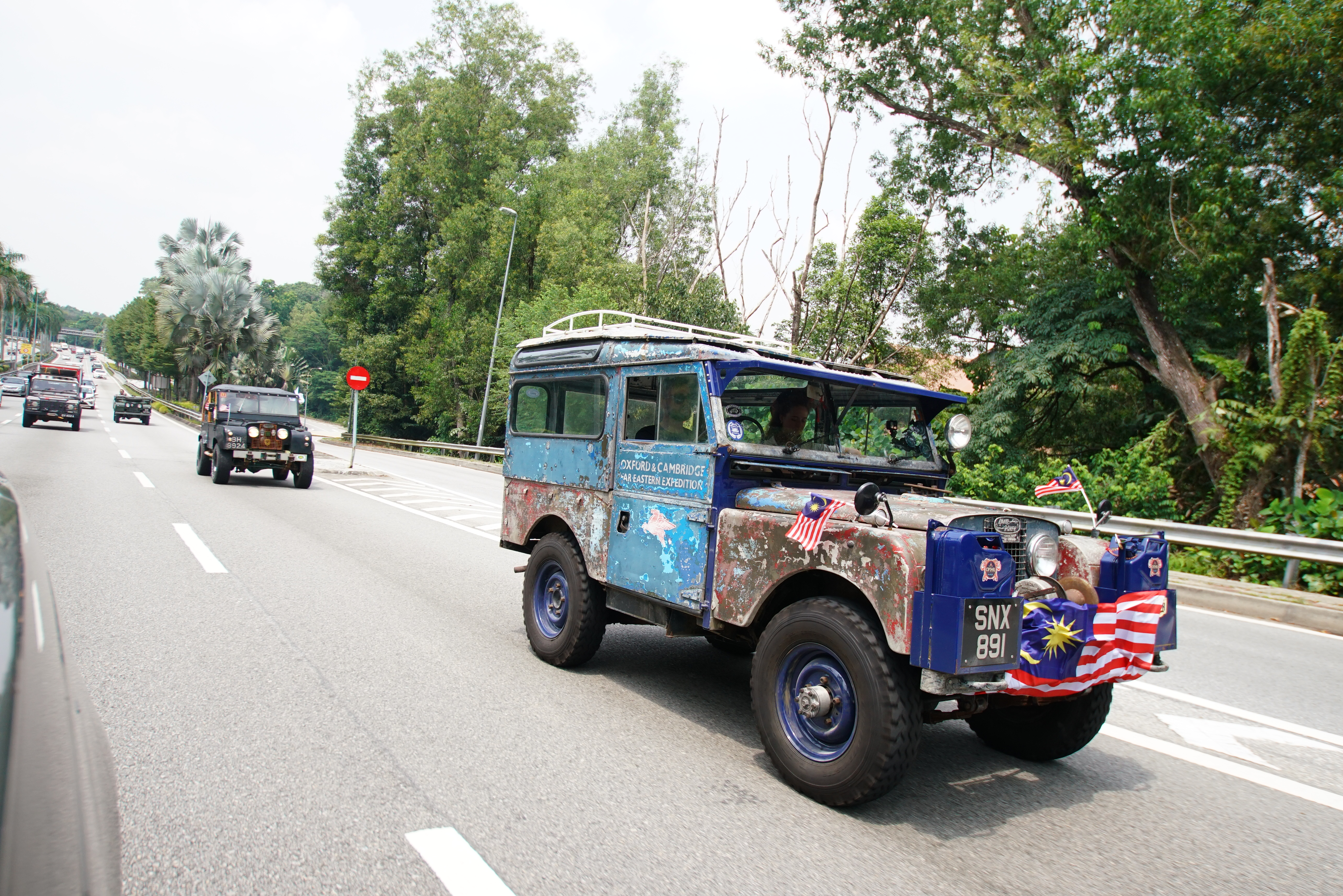 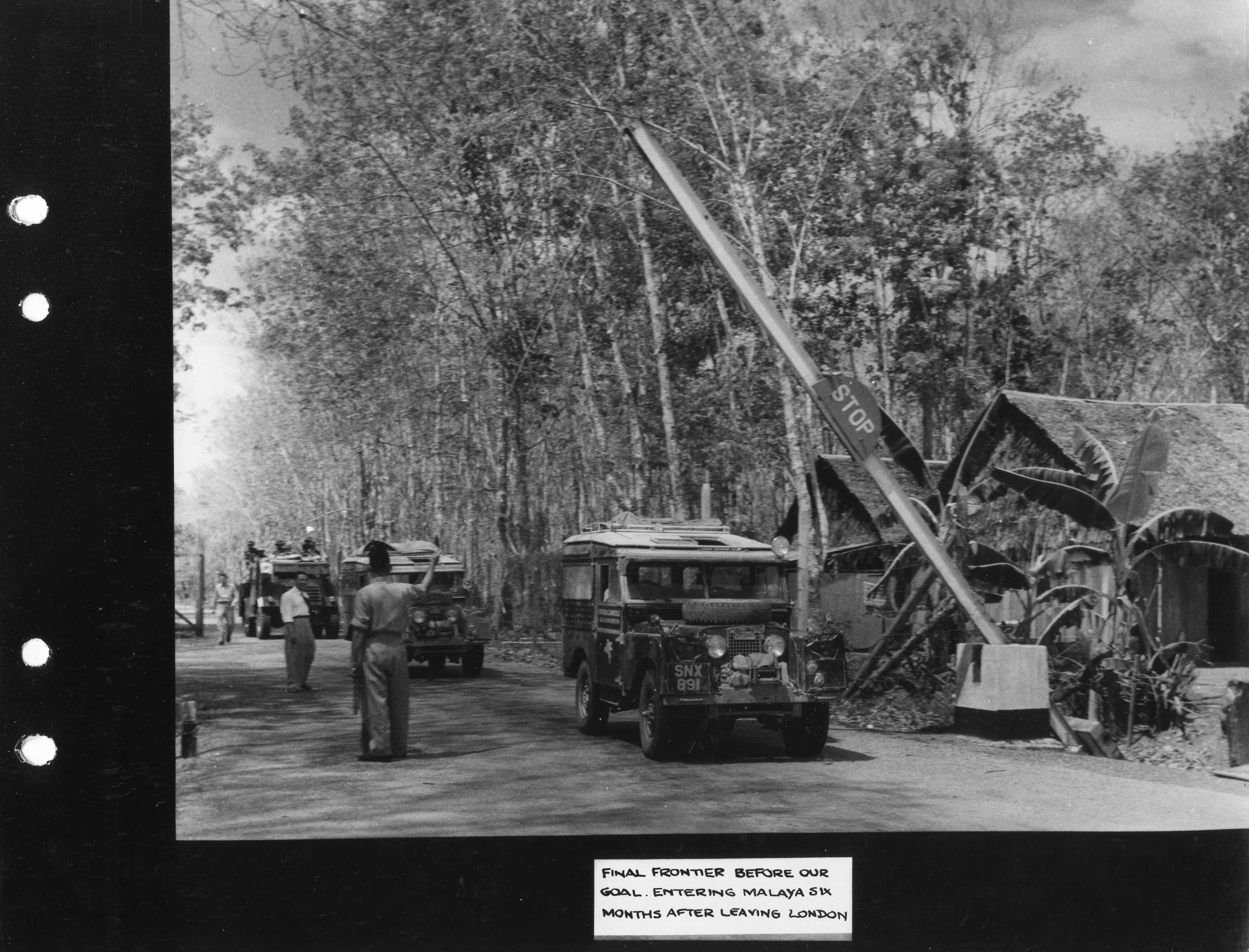 Supporting the team on the road with safety equipment, satellite tracking and risk advisory, will be security firm, AKE International and their offices in London andSingapore. AKE’s Chairman, Richard Mitchelson said, “We are delighted to be supporting the Last Overland as they are kindred spirits who mirror the ‘frontier’ethos of our own organisation. The expedition also leverages our significantoperational experience in some of the world’s most challenging places. Robust journey management is all about detailed planning and analysis. We just wish wecould jump in the AKE Land Rover and join the entire journey!”

The expedition will also involve major press and marketing events across over twenty countries that Tim and Alex will be passing through. Grammar Productions is planning a record-breaking gathering of classic Land Rovers in London, after Singapore, to mark the end of the journey and to celebrate a global love affair between Land Rover and the motoring world.

The ‘Oxford’ will leave Malaysia on August 27 after a stopover at Penang and continue its expedition for the next 97 days until it reaches London.