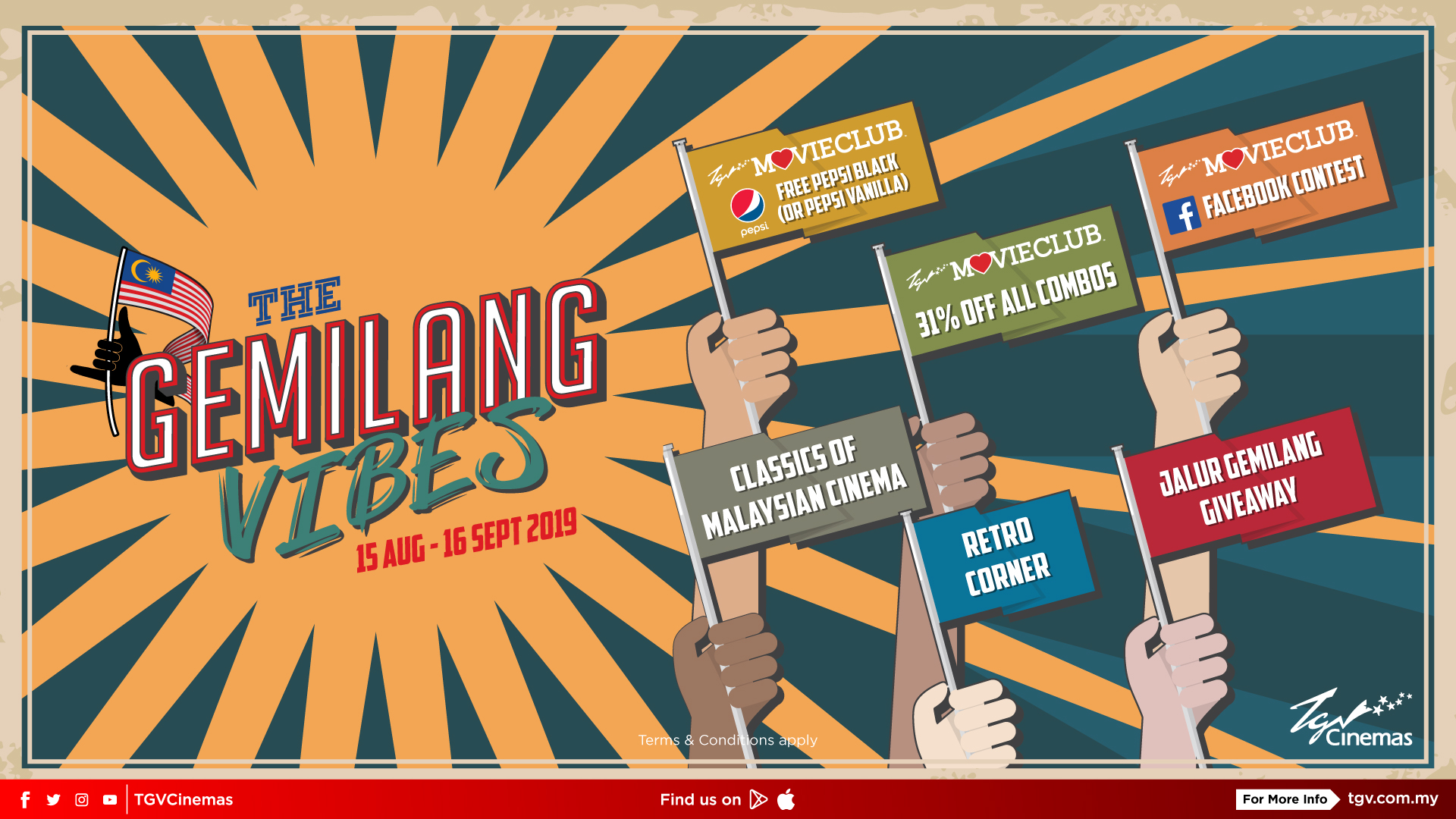 The Legendary P.Ramlee Makes A Comeback To The Big Screen This National Day Celebration Season

Get ready for a great National Day celebration as TGV Cinemas is bringing back all-time Malaysian favourites with The Gemilang Vibes campaign. One of the highlights is the special tribute to Tan Sri P.Ramlee, a national treasure who greatly contributed to Malaysia’sfilm and music industry.

A true inspiration to all Malaysians, Tan Sri P.Ramlee was involved in a staggering 66 films throughout his career. TGV Cinemas is bringing back 5 of his iconic movies from 24 August to 16 September 2019 - Anakku Sazali, Nujum Pak Belalang, Labu Labi, Ibu Mertuaku and Madu Tiga. On top of that, TGV Cinemas will be showing more recent Malaysian movies that have received critical acclaim, such asAdiwiraku and PASKAL during the same period as well.

“We’re pleased to work with Shaw Brothers to bring back some of P.Ramlee’s most memorable moviesto the big screen. It is a great opportunity to re-introduce these great works of art to the younger generation and of course to all P.Ramlee fans like myself. These screenings are something you won’t want to miss,” said Kabir A. Sultan, General Manager of Operations and Marketing.

Besides these special movie screenings, The Gemilang Vibes campaign also includes these highlights:

All TGV MovieClub members are entitled to redeem a FREE bottle of Pepsi Black or Pepsi Black Vanilla with any transaction made at the candy bar.

*Limited to 1 redemption per day. While stocks last.

A weekly Facebook trivia contest exclusively for TGV MovieClub members. Up to RM20,000 prizes and 450,000 MovieMoney to be won!

Who doesn’t like cinema snacks especially those sweet and savoury popcorn! Enjoy 31% off all F&Bcombos on the Merdeka week, exclusively for MovieClub members.

Experience a blast from the past with TGV's Retro Corner this national celebration season. Take a trip down memory lane at selected TGV locations and bask in the nostalgia of your favourite childhood snacks, toys, activities and so much more that you may have forgotten were part of your fondest childhood memories.

Receive a Malaysia flag with any movie ticket purchased on 31 August & 16 September 2019. Redemptions to be made at the ticketing counter.

**Terms and conditions apply to all the activities above - check out www.tgv.com.my  for more information aboutThe Gemilang Vibes Campaign.