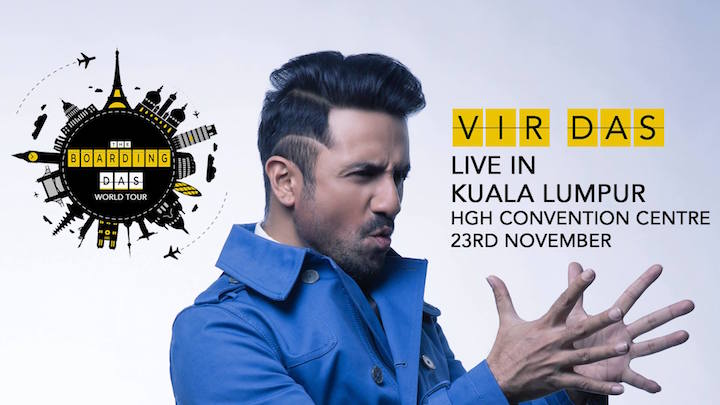 On the heels of sold out performances across the world, accomplished Indian actor, stand-up comedian, musician and writer, Vir Das, will be taking the stage in Kuala Lumpur at the HGH Convention Centre on 23 November 2017 as part of his Boarding Das World Tour. 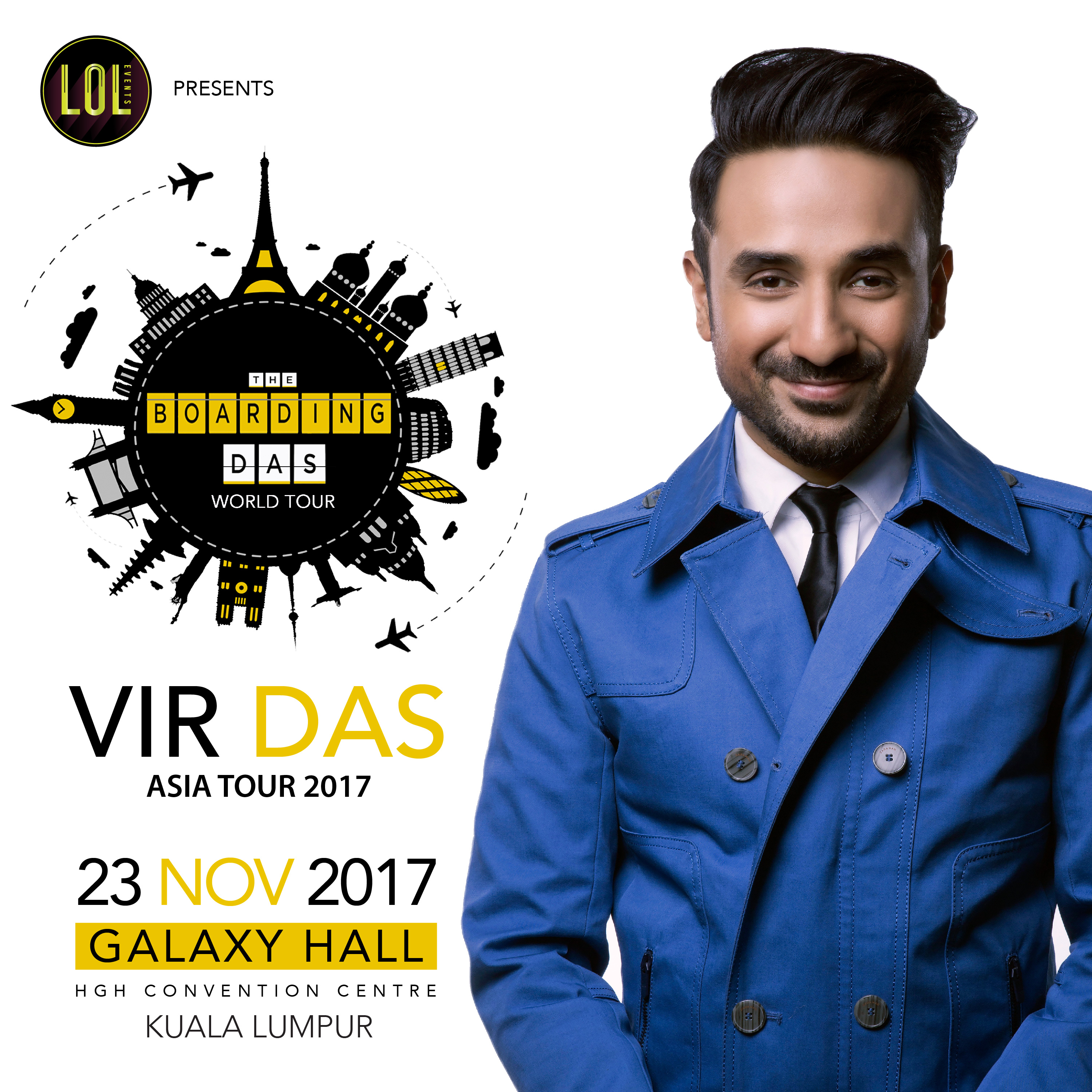 Das’ tour is in support of his upcoming one-hour comedy special titled “Abroad Understanding,” that was released by Netflix April 25, 2017. Das has garnered attention across film, television and stand-up as the biggest English speaking comedian in India and has proven himself to be one of the country’s top entertainers. Das is embarking on a global stand-up tour preforming on six continents and in 20 countries- Canada, Australia, Switzerland, UK, Norway, Denmark, South Africa, Malaysia, Singapore, Thailand, India, Sri Lanka, Belgium, Nigeria and France among others.

Das’ performance is a marriage between theater and comedy, captivating audiences with his fast-paced high-energy delivery and clever wit. He transforms the western image of the typical Kwik-E-Mart humor into a show that is raw, edgy, intelligent and relevant. His comedy perspective is accessible and relatable to a mainstream audience and he is poised to take on the world with his unique point-of-view.

Fans will recognize Vir from his various films such as BadMaash Company, Delhi Belly and Revolver Rani. The Hollywood Reporter has said, “Das Exhibits a deft comic timing and a winning vulnerability... A sparkling comic performance.” Whether Vir is on stage, behind a guitar, or in front of a camera, he is destined to be an international comedy phenomenon with an unlimited supply of hilarious misbehavior proving funny is funny. 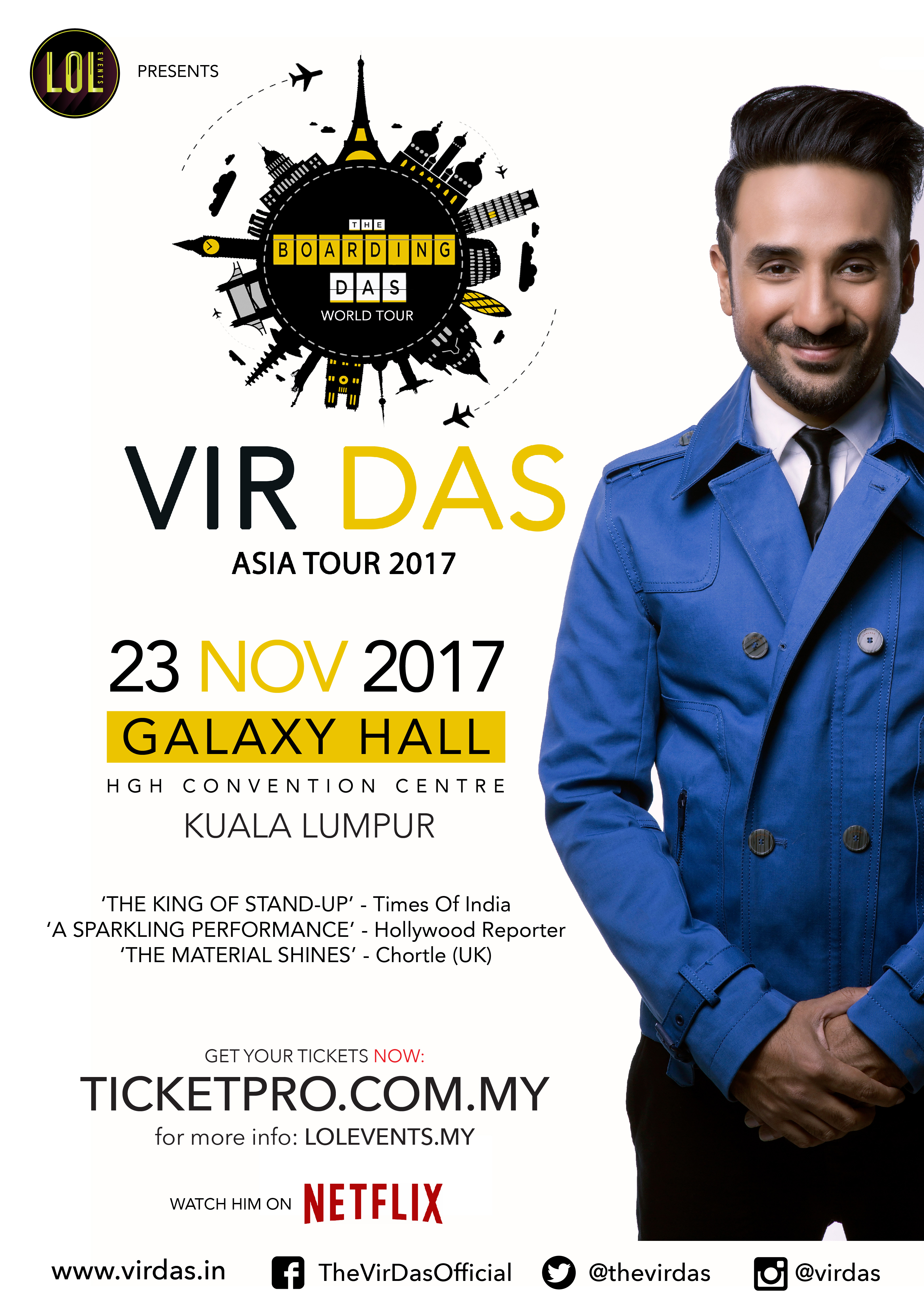 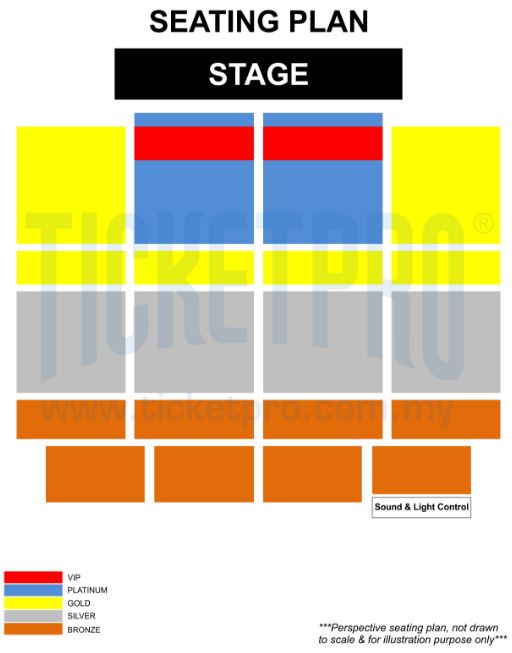 Enrich as the Official Airline Loyalty Partner for the show is giving its members a special 15% discount off tickets for selected shows with LOL Events. To sign up for Enrich, go towww.enrich.malaysiaairlines.com. Sign up is free!