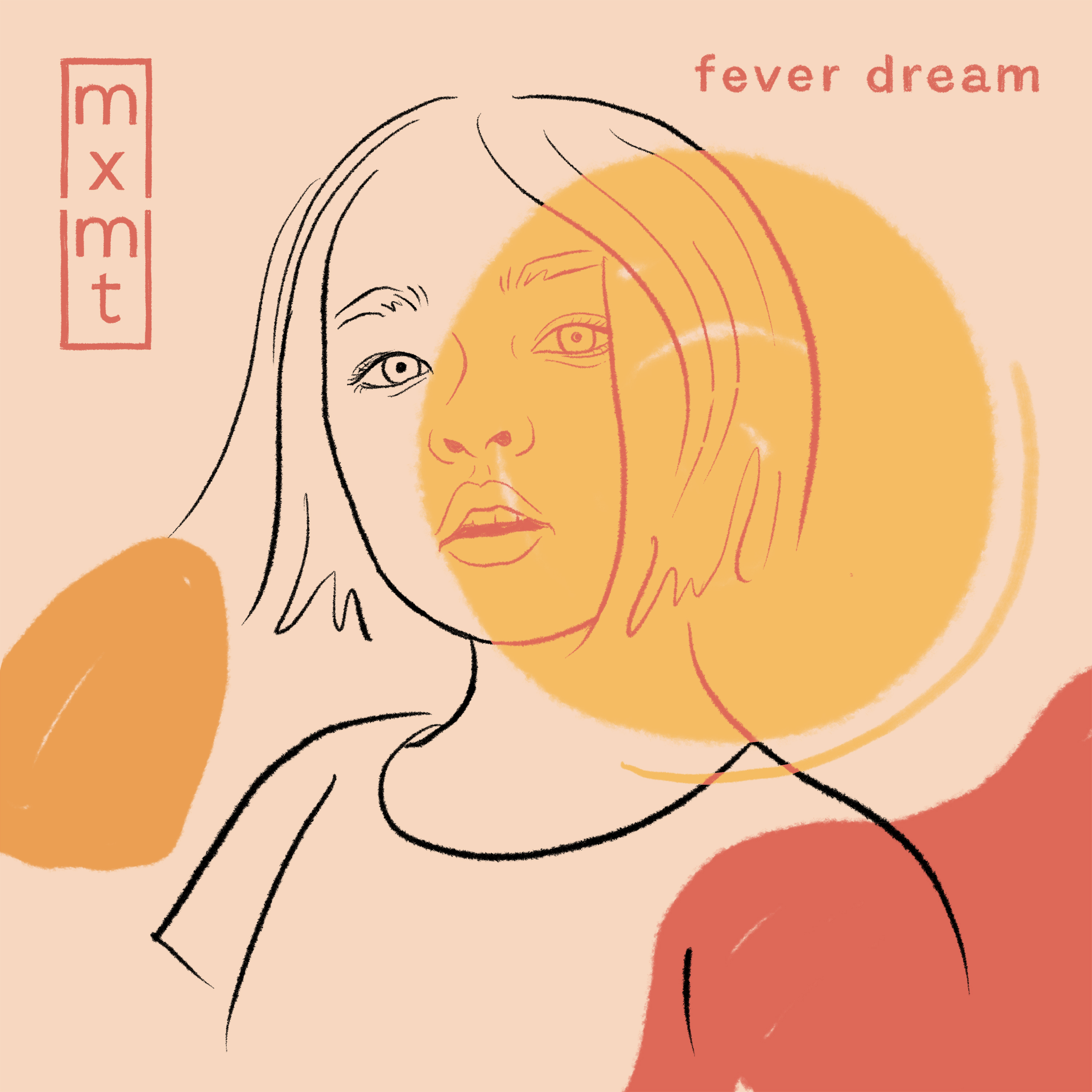 On her 2019 debut album the masquerade, 19-year-old singer/songwriter mxmtoon delivers what she calls “rhyming diary entries”: an off-the-cuff account of her most private thoughts and feelings, usually dashed off very late at night, straight from her brightly lit brain. In her deliberate refusal to hide behind metaphor, the now Brooklyn-based artist otherwise known as maia achieves a quiet bravery, an unrestrained honesty that gives voice to those who often go unheard.

“When I first started making music it felt like an escape from my day-to-day life, where I’d have to put on a mask to hide what I was really feeling,” says maia in reflecting on the title to the masquerade. “Writing songs was a way to express all the things I couldn’t talk about in face-to-face interactions, and share them with a community of people who maybe also needed to put up a façade to get through the day.”

Newly relocated from her native Oakland, maia is currently at work on a pair of back-to-back EPs due out later this year with the first single the spellbinding “fever dream.” With its soaring chorus and shapeshifting textures, the song finds mxmtoon executing her sound on a far more sonically adventurous scale than she’s ever explored before.

maia gives some insight into the song telling us “launching myself into the music industry was a rollercoaster chapter in my life, and even still i’m extremely new to this world. “fever dream” is about exactly that, and the leap of faith that’s required when you make decisions in your life at different points. you may not always know the outcome, but trusting yourself, allowing yourself the opportunity to take risks, and the chance to face new challenges can be utterly rewarding. much of my life since has felt like a fever dream, a blur of moments sometimes too grand to even comprehend, but i wouldn’t have it any other way.”

Over the past couple of years, maia has built a remarkable bond with her audience entirely on the strength of her resonant songwriting and unaffected presence. Her 2018 debut EP plum blossom clocked more than 100 million streams on Spotify alone—not bad for songs recorded by herself in her parents’ guest room. She’s now amassing millions of followers and subscribers across YouTube, TikTok, and Instagram, making a point of using her ever-growing platform to speak out on issues close to her heart. “As a young bisexual woman of color from a family of immigrants, a lot of current events directly affect who I am,” says maia, who’s mixed Chinese-American. “I firmly believe it’s my obligation and opportunity to speak on issues that affect us all.”

Since the release of the masquerade—as well as its accompanying original Spotify podcast and graphic novel—mxmtoon’s following has only continued to flourish. Boosted by glowing praise from the likes of The New York Times and The New Yorker (who lauded her songwriting for showing an “emotional sophistication that reminded us that there are some things we never outgrow”), the album’s breakout success recently saw maia embarking on her first-ever UK tour. In addition, she’s now gearing up to support Lauv on his forthcoming spring tour of Asia.

Despite the grander scope of “fever dream”—an element amplified by her notably more powerful vocal command—mxmtoon’s upcoming output carefully preserves the warm intimacy that’s always defined her material. As evidenced on the masquerade, she possesses a singular talent for turning detailed narrative of the most mundane moments into songs with deep meaning—a transformation propelled by her delicate melodies and utter aversion to self-seriousness. Made in collaboration with musician/producer Robin Skinner (aka Cavetown), the album offers such standouts as “prom dress”: a layered meditation on expectation and disappointment penned by maia in a moment of sheer frenzy (“I ate a Double-Double from In-N-Out and then couldn’t fit in my prom dress and started having a panic attack,” she explains).

On songs like the impossibly breezy “seasonal depression,” the masquerade reveals mxmtoon’s rare gift for illuminating experiences typically unrecognized in pop music. “I wanted to be honest about the feeling of waking up and having no desire to do anything with your day—but then also maybe help people feel a little better and lighter when they’re stuck in that gray moment,” she says. Meanwhile, on the album’s showstopping centerpiece, mxmtoon presents a particularly confessional track called “my ted talk.” “I find myself writing all these songs about romantic relationships, which is ironic considering I’ve had very little experience with that,” says maia. “That song came from me asking, ‘Am I even allowed to write something I barely know anything about?’ But I’ve realized that my songs are a way for me to untangle my emotions and try to make sense of what I’m going through, even if I don’t fully understand it in the moment.”

In each piece of music she creates, mxmtoon matches her lack of artifice with the graceful musicality she first honed by studying violin and cello as a child. After writing her first song with two friends for a music class at age 13, she continued writing on her own but mostly kept her output to herself. In 2017, Maia began posting her music on SoundCloud, first only sharing her comedy songs but eventually uploading a heart-on-sleeve track called “feelings are fatal.” “At the time I was like, ‘Whatever—I have 200 followers, I’m just gonna post it,’” she recalls. “But then people really responded to it, which made me realize that I needed to keep my music as candid as possible, because that’s what people connect with.”

As her recent touring has shown, mxmtoon relentlessly brings that unabashed candor to her disarming live performance. Her first ever headline US tour sold out months in advance in part to her army of fans across social media platforms. In the past year, she’s augmented her live set to include a drummer and guitarist/keyboardist/background vocalist, a shift that’s paradoxically made each show all the more intimate. “Having my band frees me up to interact with my audience in a way that I can’t normally do if it’s just me up there with my ukulele,” she says. “It’s been so much fun, and I’m excited to keep elevating the live show as I keep touring.”

In her endless effort to create true connection onstage and in her music, mxmtoon has attained an undeniable solidarity with her listeners, ultimately providing some much-needed solace for the shy, the sensitive, the routinely underrepresented. “When I listen to my first album, it feels like a musical of the things I’ve gone through and the life inside my head,” says Maia. “I hope people come away from it feeling like the songs belong to them too—like now there’s a piece of art in the world that speaks to their own experiences, even if they’d always felt like they were alone.” 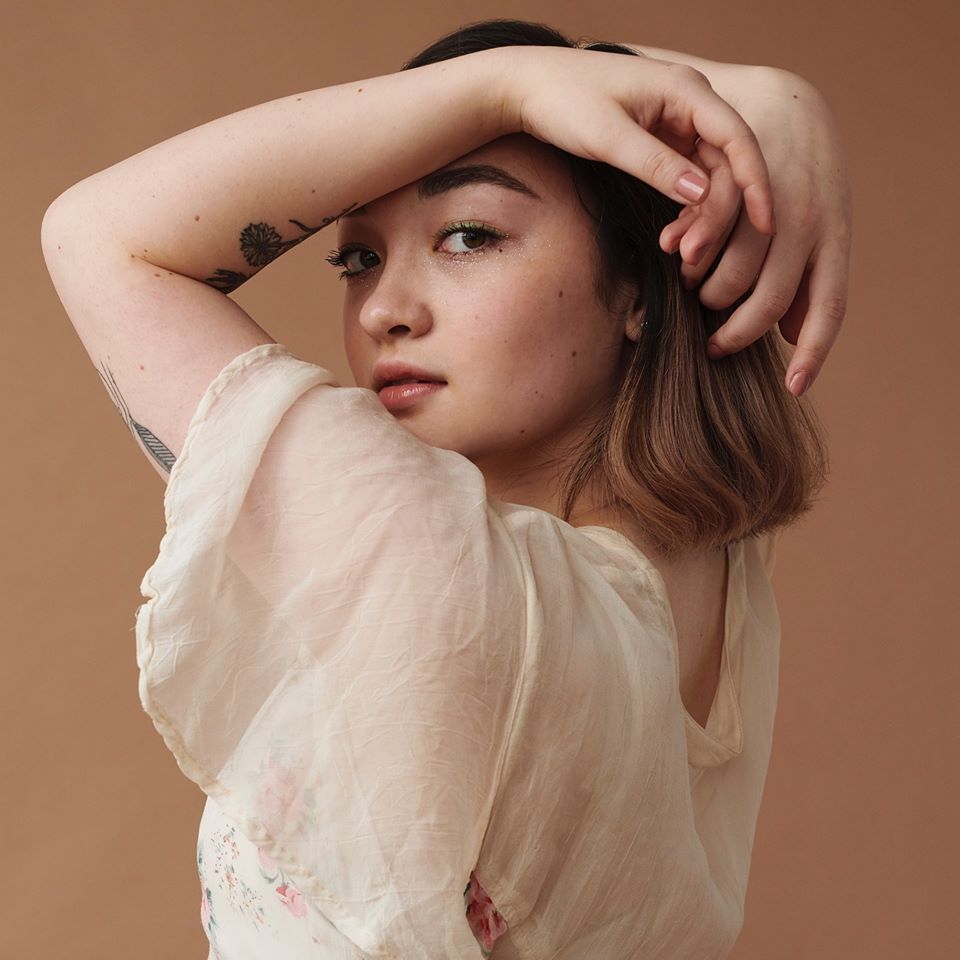 (born July 9, 2000), also known as Maia,  American singer-songwriter and social media personality from Oakland, California, known for singing and playing the ukulele. Her 2018 self-released EP, plum blossom, recorded in her parents' guest bedroom, has been streamed over 100 million times. Her 2019 international tour has nearly sold out, and her debut album the masquerade was released in September 2019.