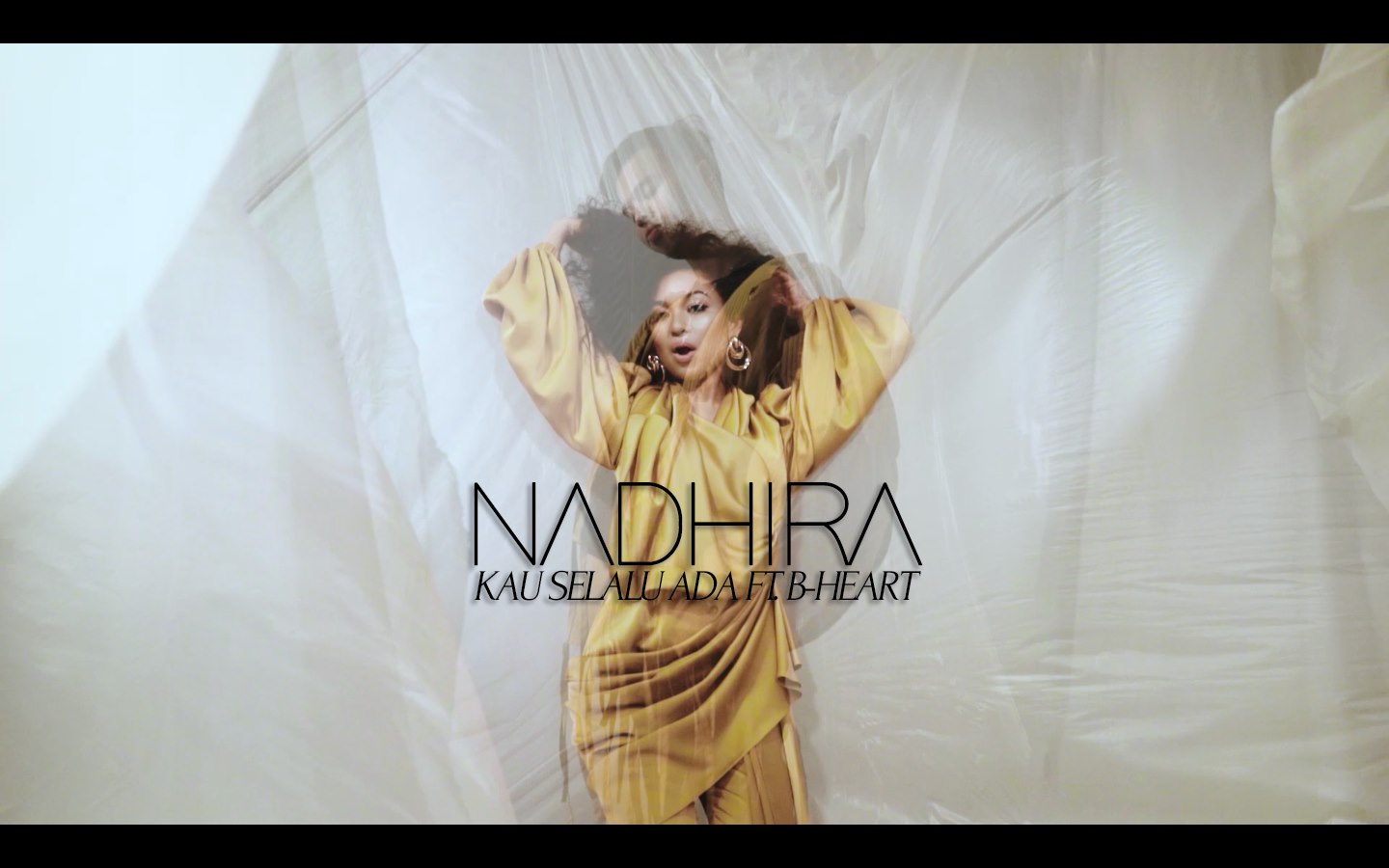 2018 was a rather silent year for Nadhira with the release of her single, ‘Hold Me Down’ via Warner Music Malaysia in February of that year being the only release from the R&B songstress. It was as though she had only managed to grace the surface of scene she knows so well. She did some club shows, did one or two collaboration tracks but it was complete silence right after with many new artists mushrooming and overtaking her.

In this time of silence, she realigned, refined and redefined what it meant to be an artiste in the industry here in Malaysia. Observing and strategizing all this time while more and more artistes are churning out material. Almost a year later, the solitude gave birth to ‘Kau Selalu Ada’, a dual-language neo-soul track fused a taste of the Nusantara sound. The track features a 16-bar breakdown where popular rapper, B-Heart, a protégé to the legendary ‘Malique of Too Phat’ can be heard ‘spittin’ bars’ as how the hip-hop community would call it.

‘Kau Selalu Ada’ was co-written by Nadhira with Asfan Shah & B-Heart. The track was produced by legendary R&B producer, rafikoncept, who has worked with artistes like Hunny Madu, One Nation Emcees & Lufya Omar. In the early stages of conceptualization of the song, it had a very traditional harmonic minor tune which slowly morphed into a more modern and current trend of alternative R&B as it went along. Drawing influences from international artistes like Sabrina Claudio & NIKI, brought forth the creation of the song.

‘I wanted to write a song that depicts what I truly seek for in love; a two-way love affair, sung mainly in my mother tongue. I wanted to get in touch with my roots and connect it to my art, in both language because I’ve never done anything like this before. This is the me now. I really love hip-hop and R&B so the way this came together perfectly really represents who I am right now’, says Nadhira.

Every new release should always be complemented with a music video. The music video was shot by ATG (who’s recently worked with Zamaera & Lil’ Asian Thiccie) and styled by socialite/photographer Bibo Aswan. The concept of the music video shows both Nadhira and B-Heart as strangers who keep crossing paths in the city that eventually end up being together. The ‘money shot’ as professionals call it would be the studio sequence where Nadhira is seen dancing among giant sheets of fabric clad in a gold dress. B-Heart, on the other hand is ‘trapped’ within the sheets and reveals himself but never in the same space until the closing scene of the video.

On 30th November 2019, Nadhira & B-Heart performed to an intimate crowd of friends and family at the NOSCLO Concept Store in SS15, the flagship store of the local streetwear brand who was also the main sponsor of the music video. The artistes performed 8 songs in total with B-Heart kicking it off with 3 of his originals (Sembilu, Bilang Mama, Apa Lagi Yang Tak Kena?) followed by a duet with Nadhira (cover of Drake’s From Time), and then performing the single, ‘Kau Selalu Ada’ together. The performance was then closed with Nadhira performing 3 of her originals (Feel That, You Got Me & Hold Me Down). A special preview of the music video was also held giving the audience first dibs before the official release of the video on 6th December 2019.