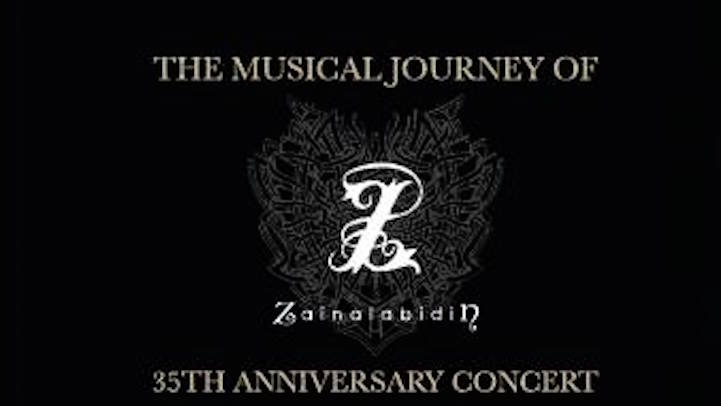 The Musical Journey of Zainal Abidin on AFO LIVE

The Musical Journey of Zainal Abidin Concert is to celebrate Zainal’s involvement of over 3 decades in the music industry. The much awaited concert will be a showcase of Zainal’s musical journey which began as a musician at 15 years old, his breakthrough in the mainstream music industry with Headwind, followed by his solo career which has left a lasting footprint in the local music industry.

The two and a half hour concert will be backed by some of the biggest names in the music industry such as Mac Chew, Jenny Chin, Andy Peterson, Aji, Steve Thornton among others. The show promises a combination of his soulful voice backed by top notch musicians. 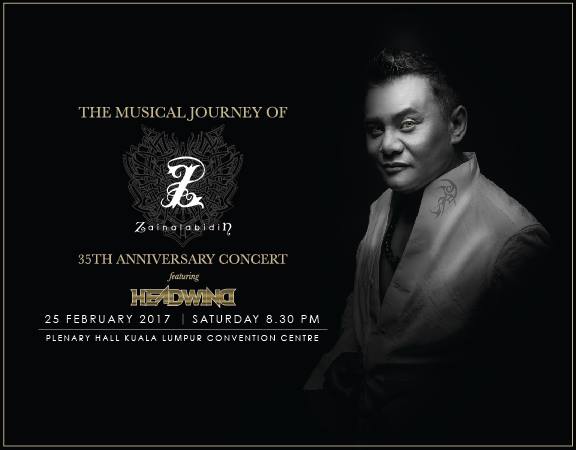 Musically directed by Zainal himself, the concert is Zainal’s way of celebrating the immense support he has received from his loyal and devoted fans in Malaysia. Aptly titled The Musical Journey of Zainal Abidin, each song has been carefully selected to express and spread his message of love and caring for mother nature to all his fans. Fans of Zainal will get to hear some of his classic tunes that are close to his heart such as Hijau, Orak Arek, Puteri, Bongkar, Kau Di Hatiku, Debu Liar, Damai and many more.

The concert will also showcase the band that gave Zainal a breakthrough in the music industry, Headwind. Fans have been waiting for the reunion and watch Zainal perform with Headwind at a major concert. They are waiting to see Zainal Abidin, Zulkif, Nicky Ooi, Kudin, and Razak share the same stage and relive their golden days.

The wait will finally come to an end with the concert set to take stage at Plenary Hall, Kuala Lumpur convention Centre on 25 February 2016.