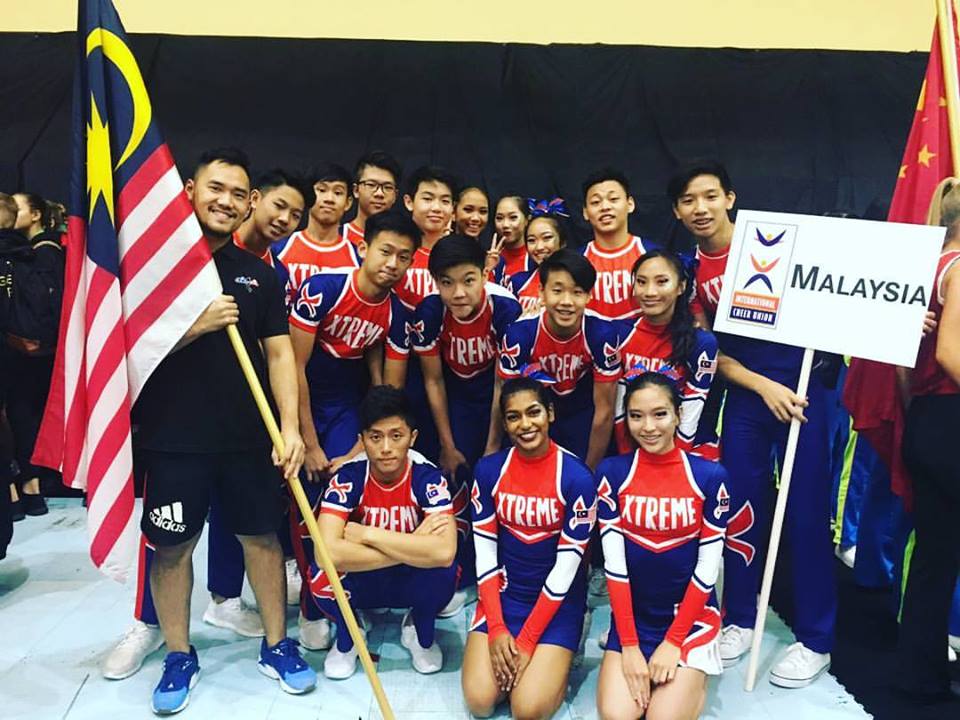 It is not everyday that we hear about the triumphs and achievements of our very young local talents especially when that talent is being showcased at an international platform.

The championship which ran from the 26th April to the 28th April 2017 saw approximately 70 participating countries, including host country USA, Canada, Mexico, European countries such as Germany, France, Ukraine and Asian countries such as Taiwan, Thailand and Philippines. The estimated crowd numbers were at least 100,000 excluding officials, tourists, local and travelling fans.

It was indeed a very proud moment for all Malaysians as this was the first time the International Cheer World Championship had organised a world cheer competition for a junior category (age 12-16) and our extremely excited junior team were able to compete at an international level.

This afternoon MAG speaks to Lim Chin Hao, the Head Coach of Xtreme Team and finds out how he feels about his outstanding cheerstudents.